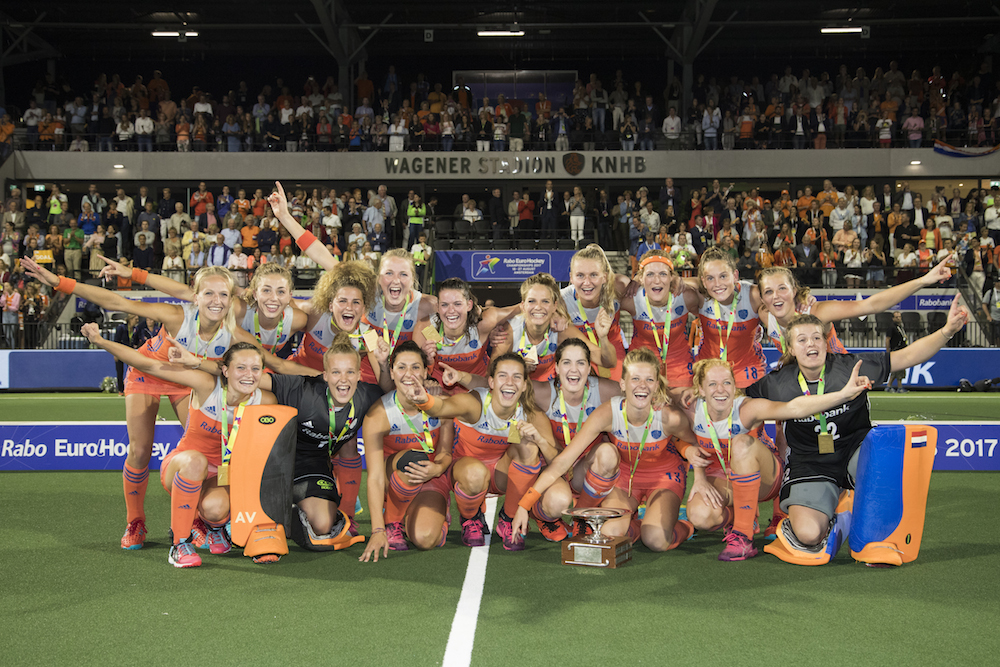 The Dutch women’s hockey team took the European title in a 3-0 win over Belgium in Amsterdam on Saturday night.

It is the first major title for the team since three long-standing players quit the squad but their ninth European title overall.

In addition, the Netherlands has two players in the best of tournament list: Pien Sanders was singled out as under-21 talent, while Laurien Leurink’s first goal against the Czech Republic was goal of the tournament.

‘Collectively, they are a team who performed exceptionally well,’ said the team’s Australian coach Alyson Annan. ‘For the first time since I have been with this team, they have played a steady tournament. We haven’t had a game where we played poorly and the final we just played a little bit better than the previous matches.”

The Dutch also take on the Belgians in the men’s event on Sunday evening. Again, Germany and England will battle it out for bronze.