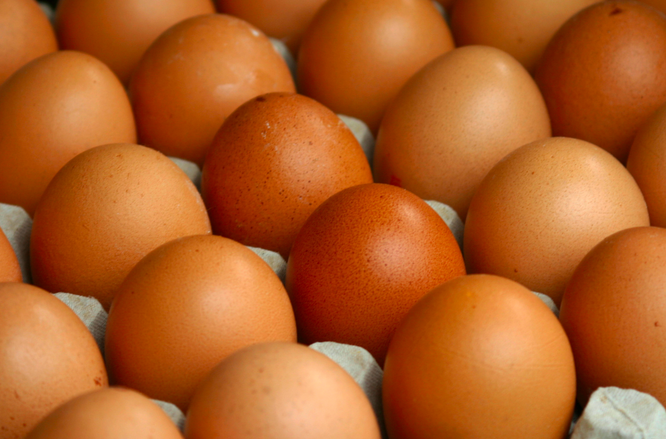 The Dutch food and product safety board NVWA has issued an urgent warning to consumers not to eat eggs from a particular farm, as the fipronil scandal spreads.

Such high concentrations of the pesticide have been found in eggs numbered X-NL-40155XX that they form an ‘acute danger’ to human health, the NVWA said. The XX represents any numbers.

The chemical, used to treat lice and ticks, has been found in high concentrations in other eggs but not so much as to pose a danger to health. However, children should avoid all contaminated eggs, the NVWA said.

Utrecht University toxicologist Martin van den Berg told broadcaster NOS that most of the eggs are only dangerous ‘if you eat them every day throughout your life.’

He said he did not recommend slaughtering all birds on the farms where fipronil has been found because it exits the system after five to six weeks. Instead, the barns should be thoroughly cleaned to remove all traces of the chemical, he said.

Last Monday, the NVWA shut down seven poultry farms after fipronil was found in samples of eggs. The chemical is classed as a ‘moderately hazardous pesticide’ by the World Health Organisation. In the Netherlands it is banned in the poultry sector.

The NVWA has since closed 180 poultry farms which are clients of a Gelderland company called Chickfriend that deals with outbreaks of lice.

Chickfriend has not responded to requests for information. The company’s website was offline on Tuesday morning.

Later on Tuesday the Dutch poultrykeepers’ union said that a number of farmers are planning to sue Chickfriend for damages. NVP chairman Hennie de Haan also said it is still unclear whether or not Chickfriend was aware that the banned pesticide was in the product it was using to kill lice.