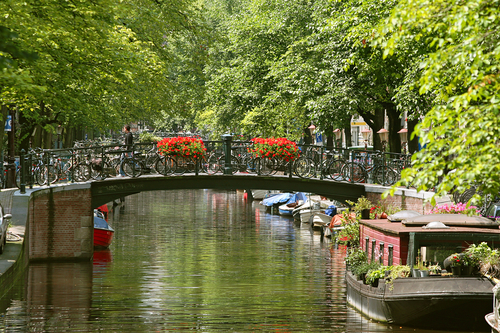 Amsterdam has broken into the top 10 of Ipsos’s Top Cities Index for the first time since the survey was first published in 2013.

Four years ago Amsterdam was in 14th place, the Paris-based market research group said on Tuesday, but this year the capital shared ninth place with Los Angeles. Hong Kong is 14th, well down on its 2013 ranking of 8th.

Amsterdam city council said hotels had 7.2 million guests in 2017, staying an average of 1.91 nights for a total of 13.8 million overnight stays.

Somewhat unsurprisingly, Amsterdam was ranked 10th by members of both Generation X (those born between 1965 and 1975) and millennials (1980-1995), while those classified as Generation Z (those born after 1996) gave the Dutch capital a 9.

The 2017 edition of the Ipsos Top Cities Index finds that New York is the most popular city worldwide, retaining the title it claimed when the survey was first run in 2013.

Abu Dhabi leapfrogged London and Paris into second position, with Tokyo, Sydney and Zurich on the same score in joint fifth.

People in 26 countries worldwide were asked which, from a list of 60 global cities, they felt were best to live in, do business in, and visit. The scores from the three questions were then added together to create the Ipsos Cities Index.

Other European cities making the Ipsos top 10 are Zurich in joint fifth place and Rome in eighth.