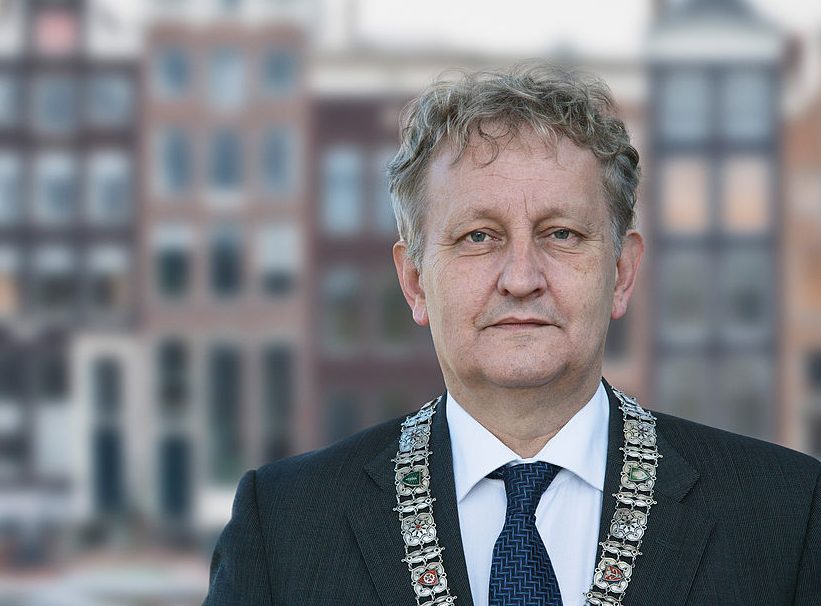 Amsterdam mayor Eberhard van der Laan, who is suffering from terminal lung cancer, gave a lengthy interview on the traditional summer television talk show Zomergasten on Sunday, in which he said he hoped his legacy would be ‘een lieve stad’ – a kind Amsterdam.

Van der Laan, who started a second term as the city’s mayor in 2016, started with a ‘spirited’ reminder of the fall of European dictatorships. The paper quotes him as saying  that ‘we mustn’t think everything will turn out ok in this world but it is heartening to know that people won’t be kept down forever.’

Van der Laan was reluctant to talk about his illness which he announced in a letter to the public – ‘Lieve Amsterdammers’- in January 2017. ‘I’m feeling ok but of course it’s very bad (..) Some people are comfortable talking about death and dying. But I’m not one of them. I would rather push those thoughts away,’ the paper quotes him as saying.

But thoughts of mortality were nevertheless continually present, and the last half hour of the programme, which the NRC  called ‘an oasis of civilisation and respect’, proved particularly poignant.

It was dedicated to Abdelhak ‘Appie’ Nouri, the Ajax player who suffered brain damage following heart failure. ‘We must build the best schools in the worst neighbourhoods, that’s how boys like Nouri have a chance’, an emotional Van der Laan said.

Asked about his legacy Van der Laan said he hoped Amsterdam remained the ‘lieve stad’ that it’s been. ‘You made it kinder,’ interviewer Janine Abbring said as both struggled in vain to hold back the tears, in spite of restorative sips of red wine. ‘It is surely one of the most human moments ever to occur at the Zomergasten table,’ the NRC said.

‘Interviewer Janine Abbring was sensitive to the amiable mayor and relaxed the reins. Van der Laan took over, all the while apologising profusely. If we can believe our sources it’s a trick he plays on the council as well: the humble servant who is in control nevertheless,’ the paper fondly characterises Van der Laan.

The paper’s tv critic Joep School comments: ‘It was an interview that will always be remembered and it compulsory viewing for (at least) every Amsterdammer. The red wine flowed at my house as well. But as on the programme, it didn’t help’.

Watch highlights from the programme here