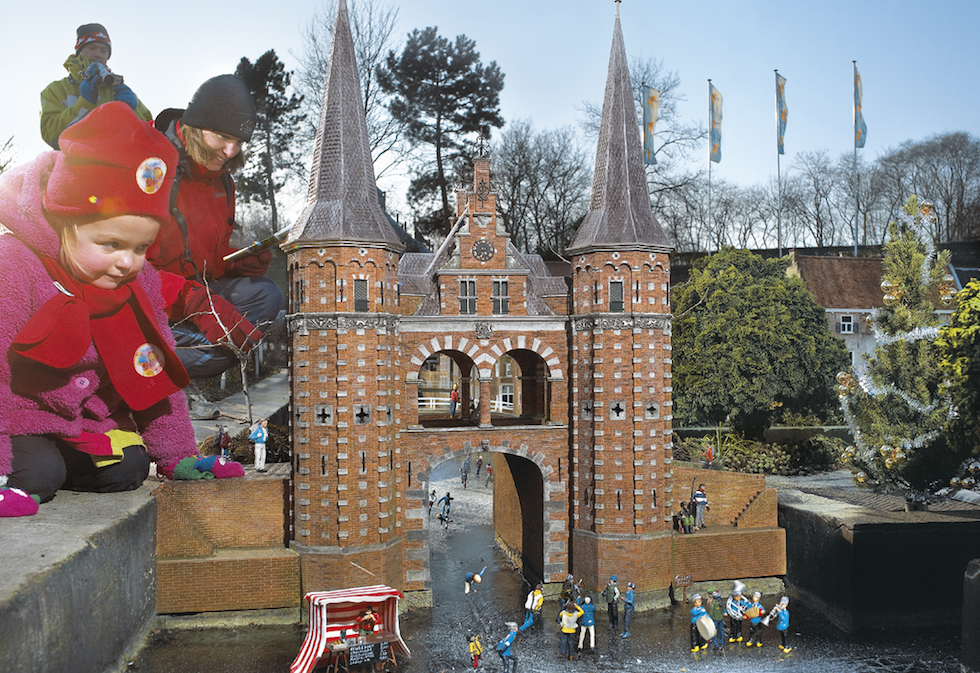 Miniature metropolis Madurodam is gearing up for some urban development in the face of increased competition. On July 6 The Hague city council will decide on plans to extend the tourist attraction on its doorstep, the Financieele Dagblad reported on Thursday.

Madurodam, which is privately owned, needs to innovate, according to director Joris van Dijk. ‘The number of amusement parks is growing and we have to keep up with the competition in order to survive,’ Van Dijk told the paper. ‘All parks have to come up with something new every so often or people stop coming. We had a million visitors a year once upon a time but that is now down to 650,000 to 700,000.’

The average visiting time to the park is also too short and visitors are not likely to come again, he says. More covered attractions will make sure people will also come when it rains.

By extending the park by some 20% and investing in covered theme pavilions Van Dijk thinks visitor numbers can grow to a steady 750,000. That would also mean ticket prices can go up. An online ticket to Madurodam is now €14.50.

The plans will cost around €45m, none of which will be provided by the council. Madurodam is a foundation funded by the wealthy parents of George Maduro to honour the memory of their son, a resistance fighter who was active around The Hague and who died in concentration camp Dachau. The Madurodam Foundation has financial assets worth €22m and a turnover of around €11m of which an annual €700,000 goes to children’s charities in the region.

The park employs 90 people on a permanent basis. ‘We want to be able to build and manage everything ourselves,’ Van Dijk told the FD.

Madurodam traditionally showcases the iconic buildings of the Netherlands, such as the Binnenhof, Schiphol and the Delta works. That will not change, according to Van Dijk.

At the moment work is being completed on a pavilion telling the story of New Amsterdam when it was governed by Peter Stuyvesant. Additional pavilions will highlight other important people and events from Dutch history, such as Hugo de Groot, Spinoza and the flood of 1953.

‘Education and interactivity are key. Young people don’t want to just look at a display, they want to do something with it,’ the FD quotes Van Dijk as saying.

Madurodam, which was opened by a young princess Beatrix who was also made the city’s mayor, is celebrating its 65th anniversary on July 2. The decision by the council will come a week later.

The extension has been controversial as locals voiced concerns about the loss of woodland. According to Van Dijk the present plan will take up 0.7 hectares of woodland and the park has pledged to plant more trees around the pavilions and build green roofs by way of compensation.

Moving Madurodam is not an option should the council decide against the plans. ‘That is not on the agenda. We want to stay here, and besides, Madurodam is good for the economy of The Hague,’ Van Dijk said