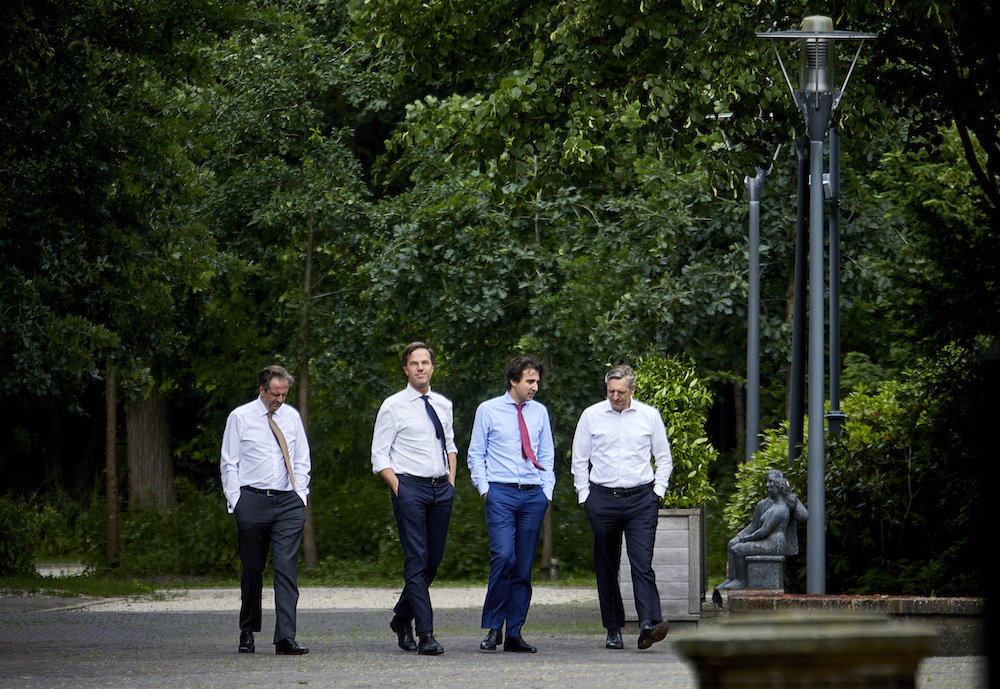 The talks continued on Monday. Photo: Phil Nijhuis via HH

Talks on forming a new coalition government in the Netherlands collapsed again on Monday evening, when chief negotiator Herman Tjeenk Willink said the four parties involved ­­­­­­­had decided not to pursue the alliance.

The ruling VVD, Liberal democratic party D66 and the Christian Democrats met for a second series of talks with the left-wing green party GroenLinks over the weekend and on Monday but soon decided to call a halt.

Tjeenk Willink told a news conference said the stumbling block proved to be a motion about reaching deals on returning refugees with North African countries which GroenLinks leader Jesse Klaver rejected. ‘GroenLinks could not agree to my final proposal,’ Tjeenk Willink said.

Tjeenk Willink, who was involved in the formation of three previous cabinets, said his work on attempting to form a new government is not over and that he had so far only attempted to put together one option. ‘We are not going to give up, just because one has failed,’ he is quoted as saying.

Klaver said later he is extremely sorry that the talks had broken down again but stressed that GroenLinks is only prepared to support agreements to send back refugees if their rights are really guaranteed.

‘We want water-tight guarantees that the countries which we sign agreements with really will give people the right to protection and care,’ he said.

The Netherlands has been without a government since the March 15 general elections.

Immigration was the downfall of talks between the same four parties earlier.