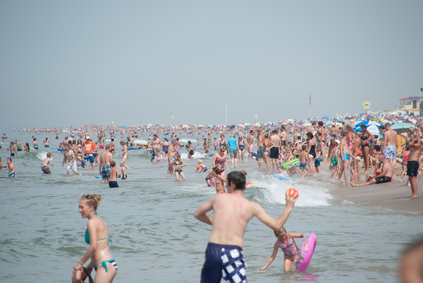 The national hot weather plan has come into force in the southern half of the country as temperatures are expected to top 30 degrees again on Monday.

The national meteorological service KNMI has issued yellow alert warnings and expects to declare a heatwave by the end of Monday. A heatwave is defined as five consecutive days above 25C including three on which the temperature exceeds 30C.

The hot weather plan has been activated by the public health service RIVM in seven provinces: Utrecht, Overijssel, Gelderland, Zuid-Holland, Limburg, Noord-Brabant and Zeeland. It was brought in to focus attention on people who are vulnerable to extreme temperatures, such as the elderly, those in institutional care and people with long-term health problems.

General advice includes drinking more fluids, wearing thin, loose-fitting clothing and keeping activity to a minimum in the middle of the day. People are also advised to apply plenty of sunscreen and keep in the shade as much as possible.

The official temperature at De Bilt will need to rise above 30C on Monday for a heatwave to be confirmed. It will be the first official heatwave since 2015 and the ninth since the turn of the century. In the whole of the 20th century there were 15 heatwaves, but between 1948 and 1975 not one was recorded.