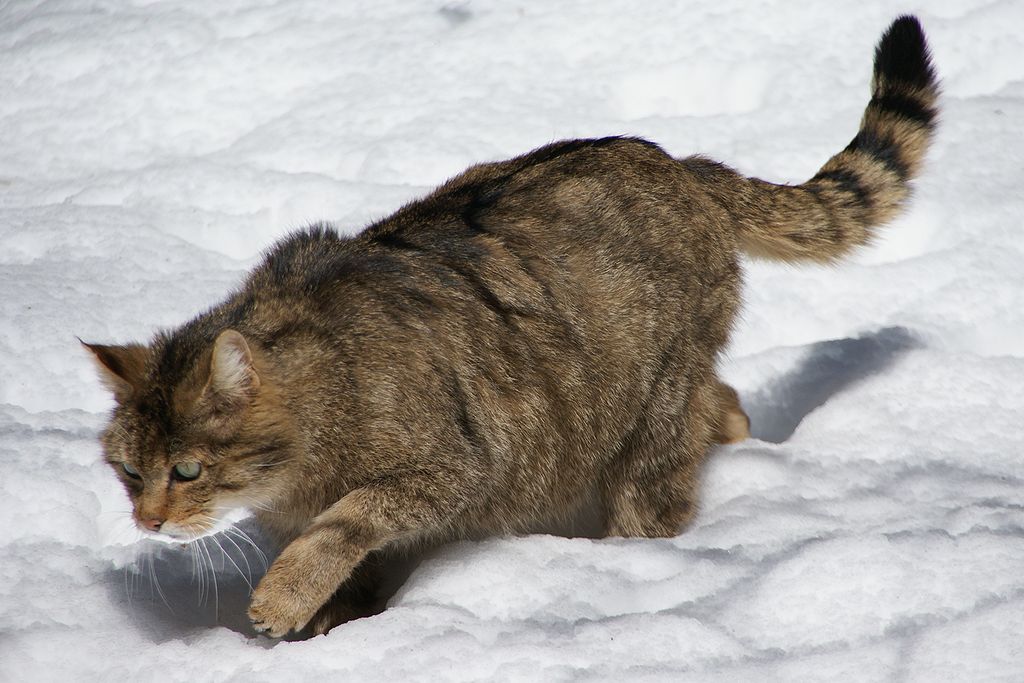 A European wildcat at a zoo in Germany. Photo: Aconcagua via Wikimedia Commons

Wildcats are making a comeback in the Netherlands and their numbers are increasing, Trouw writes on Wednesday.

The occasional wildcat (Felis Silvestris) had already been spotted in the southernmost tip of the country in the 1990s but according to research carried out by nature organisation Ark Natuurontwikkeling in 2014 and 2015, wildcats are crossing the border with Germany into Limburg more frequently and in greater numbers.

Wildcats are very difficult to distinguish from a normal tabby and the only real way to identify them is to look at their dna which usually happens when one is run over by a car, Trouw writes.

‘We knew drifters came to South Limburg every once in a while and then moved on. We wanted to know how long they stayed and how far they roamed,’ Ark ecologist Leo Linnartz told the paper.

Archaeological research has found that the wildcat lived in the west of the Netherlands from 8500 BC until Roman times. It is thought that deforestation, climate change and hunting caused their extinction here.

Linnartz is keen to reintroduce the animal and by tagging five wildcats and finding out their preferred environments he wanted to establish which adaptions to the landscapes would make the animals more likely to stay.

‘Nobody thought there would be that many. They came from the Aachener Wald, just over the German border, where they were so successful they went to look for new territories. One cat was found to commute between the Aachener Wald and the Vijlenerbos in Limburg, possibly looking for a mate,’ Linnartz told Trouw. Although wildcats avoid built-up areas this particular cat also ended up as roadkill.

In 2014 young wildcats were spotted in the Vijlenerbos for the first time, a sign the wildcat has made its home in the Netherlands again.

Recommendations for the promotion of wildcats include connecting the Vijlenerbos with surrounding wooded areas, Ark Natuurotwikkeling said, while broadening wildlife tunnels and lowering speed limits on smaller roads or even close them off at night could keep wildcats safer. The rumble of small speed bumps could also alert them to oncoming cars.