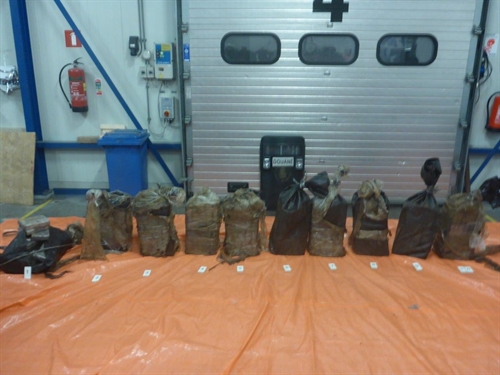 A Rotterdam port inspector has been arrested in connection with attempts to smuggle 200 kilos of cocaine into the Netherlands, the public prosecution department said on Tuesday.

The arrest was made two weeks ago but has just been made public. The man, who is 42, and has access to large parts of the port, is said to have allowed criminals to enter the port area. The cocaine arrived in a coal freighter at the end of March.

The man is being investigated for potential involvement in other smuggling incidents. He has been remanded in custody and will appear in court for a preliminary hearing in July.

Police and customs officials seized a record quantity of cocaine in the port of Rotterdam in 2016, the Telegraaf reported earlier this year.

The paper bases its claim on its own calculations, which show at least 14 tonnes of cocaine with a street value of €700m were found at the port by a special police team. In 2014, 7.5 tonnes of cocaine were seized in Rotterdam and the year before that, 4.6 tonnes.