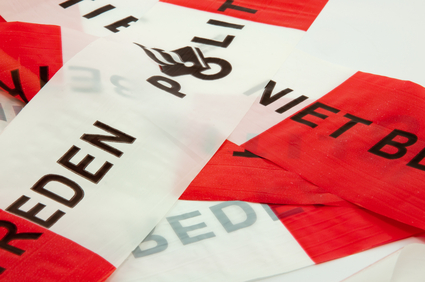 Crime decreased by eight percent across the Netherlands, dropping even more in big cities, according to the annual crime map published by the AD newspaper.

The paper has published a colour-coded map of Dutch regions based on 2016 police data on ten different types of crime including house burglary, car theft, abuse, and vandalism.

They are weighted according to the number of people in each area compared with crime levels, and also on how much the misdemeanours impact victims – so physical abuse is worse than issuing threats.

Amsterdam is once again ‘crime capital’ of the Netherlands, the paper says, but it highlights a perplexing rise of criminality in Littenseradiel, a small Friesian community of 29 villages and 26 neighbourhoods which was safest place in the round-up for years but has dropped out of the top ten due to a rash of burglaries and an increase in physical abuse.

This, it says, is part of a pattern where ‘small towns find it harder to reduce criminality and keep it low’: even though cities are, on average, riskier, crime has dropped in all places with more than 100,000 inhabitants.

Over the country, home break-ins dropped by 14%, pickpocketing by 13% and aggravated theft by 12%. The safest place in the Netherlands, according to the list, is Tubbergen, which lies in the east of the country between Almelo and the German border.