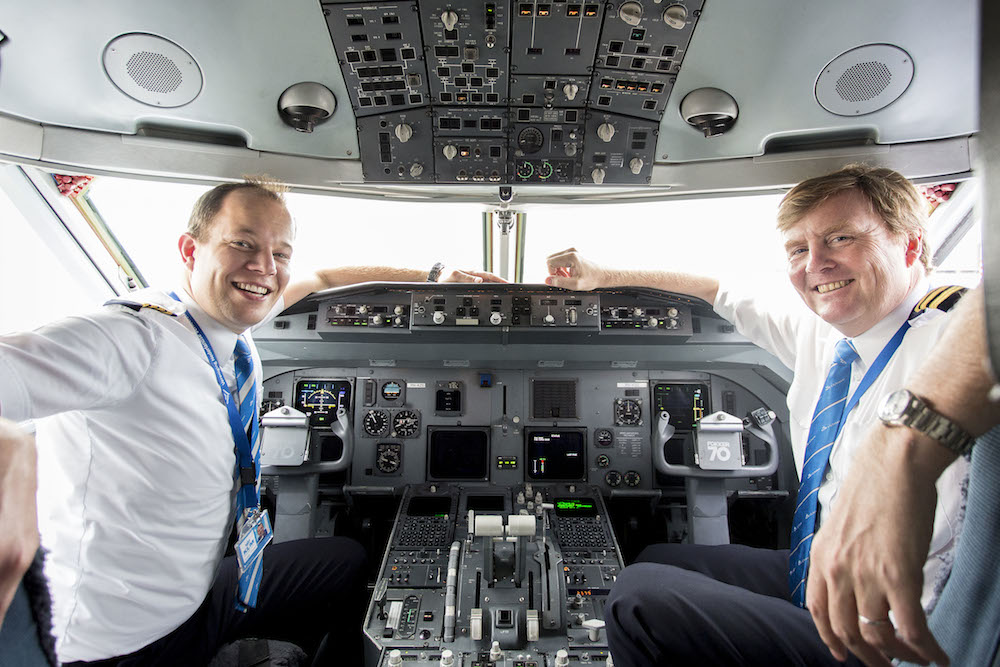 It is no secret that king Willem-Alexander is keen on flying, but for the past 21 years, he has been a guest pilot on flights for KLM Cityhopper and before that for Martinair, the Telegraaf reported on Wednesday.

Twice a month the king has flown passengers on regular commercial flights, most of whom have no idea who is co-pilot on their flight. Now the king is retraining to fly Boeing 737s so he can continue to fly for KLM because Fokkers are being phased out.

The king first learned to fly after finishing highschool in Wales in 1985 and has all his professional papers. The twice-monthly flights for KLM enable him to keep his flying hours up to the 150 hour a year regulation requirement, he told the paper.

‘The most important thing is that I have a hobby which I can concentrate on fully,’ he said in an interview. ‘You have a plane, passengers and crew and you are responsible for them.’

Up to 9/11 when the cockpit door was left open on planes, people used to come and have a look and were always surprised to spot the prince, as he was then.

Now, with the doors closed, some people recognise his voice when he speaks to passengers during the flight, he said.

‘The advantage is that I can always say I am speaking on behalf of the captain and crew to welcome them on board,’ he laughs. ‘So I don’t have to say my name. But then, most people don’t listen anyway.’