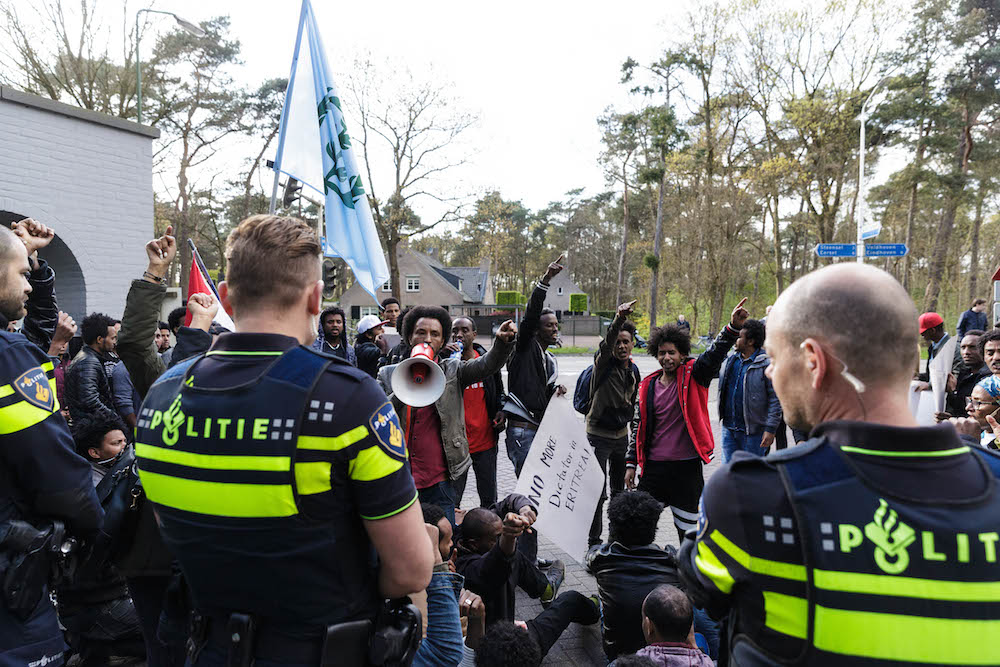 The decision by Veldhoven’s mayor to ban a conference by the only political party permitted in Eritrea was upheld by a court in Den Bosch on Friday afternoon.

The organisers of the conference went to court to have the ban against their meeting at a conference centre in Veldhoven lifted.

Mayor Jack Mikkers said on Thursday evening he would not allow the meeting to go ahead, after police arrested over 100 demonstrators who had gathered outside the conference centre where the gathering was due to be held.

The 128 people arrested were all released from custody on Friday morning and the public prosecution department has yet to decide if any of them should face charges, broadcaster NOS said.

The People’s Front for Democracy and Justice, the only political party permitted in Eritrea, had planned to hold its annual youth European conference in the Netherlands this weekend.

Despite the ban, local broadcaster Omroep Brabant said the meeting had started on Friday afternoon. According to the conference Facebook page, some 500 people are in attendance.

However, a spokeswoman for the conference centre told the broadcaster that an alternative programme of music is taking place instead.

Dutch government ministers said earlier this week they were unhappy about the meeting being held on Dutch soil but that there were no grounds to ban it in advance.