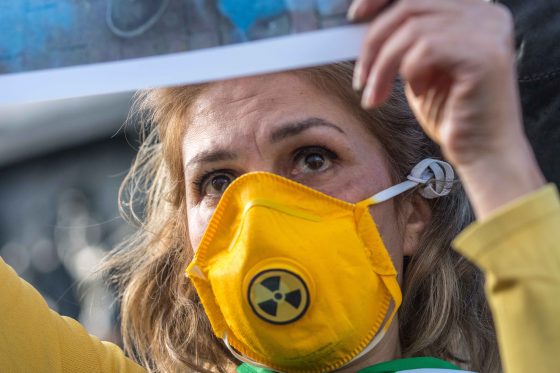 Demonstration against the chemical weapons attack in Paris on April 6 Photo: Julien Mattia, via Zuma Press and Hollandse Hoogte

The Dutch government understands a US cruise missile attack on a Syrian airbase early on Friday morning, reports NU.nl.

Deputy prime minister Lodewijk Asscher and foreign minister Bert Koenders told reporters that they hoped it would be seen as warning against future chemical warfare.

At 4.40am Syrian time, the US fired 59 Tomahawk cruise missiles on a Syrian air base, in response to a suspected chemical weapons attack earlier this week in the town of Khan Sheikhoun in the Idlib province. Images of the attack sparked protests including a demonstration in Paris on Thursday.

Asscher said he understood the American response, adding that he hoped it would deter the use of ‘horrible weapons’ like poisonous gas, reports NOS broadcaster in a live blog.

Koenders added: ‘We must return to the path of the UN. The most important thing is that this should contribute to a return to the negotiating table.’

Trump, speaking from his Mar-a-Lago estate in Florida, called Syrian president Bashar al-Assad a ‘dictator’ who had ‘launched a horrible chemical weapons attack on innocent civilians’. He added: ‘I call on all civilised nations to join us in seeking to end this slaughter and bloodshed in Syria,’ reports the BBC.

Russia, backing President Assad, has condemned the American strike which reportedly killed seven people.Russian President Vladimir Putin called it ‘aggression against a sovereign state in violation of the norms of international law,’ according to later reports on CNN.