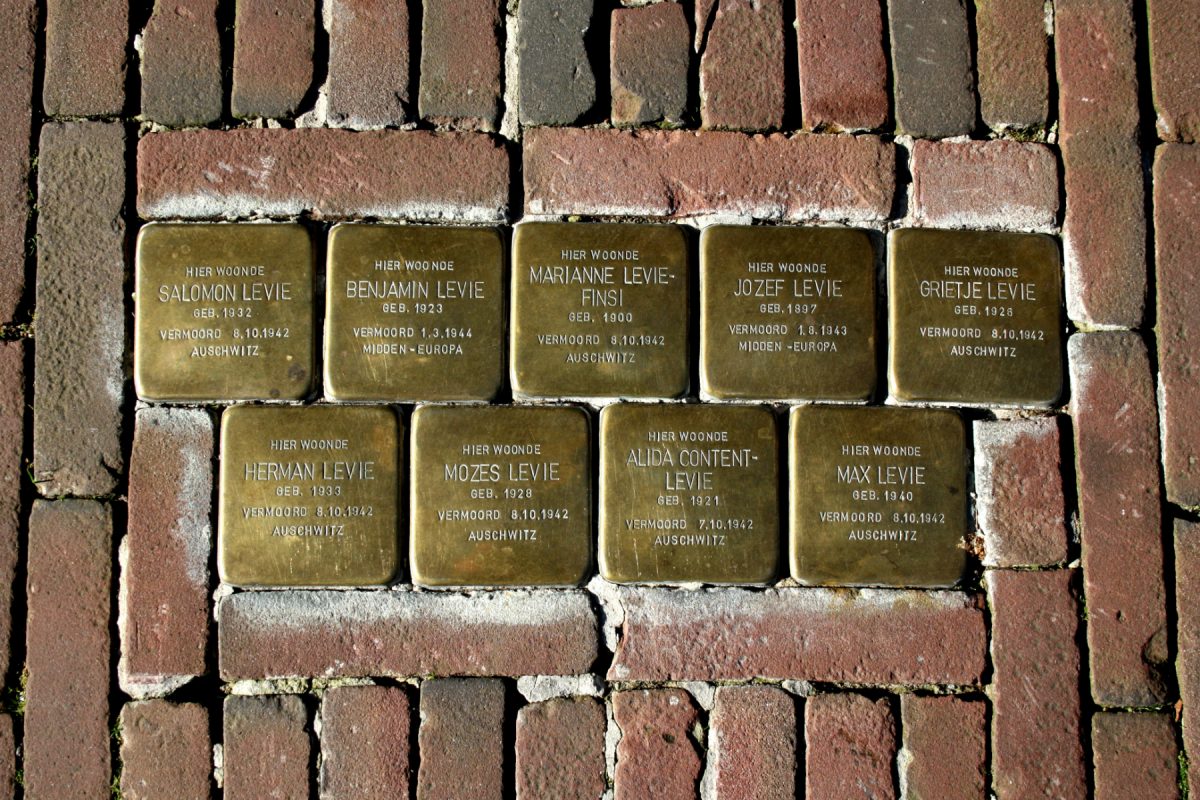 A couple in Amsterdam have dropped their objection to a Holocaust memorial kerbstone outside their house after it sparked an uproar in the international media.

The couple went to court to have the Stolperstein, one of thousands commemorating former Jewish residents who died in the Nazi death camps, taken out of the pavement near their front door.

The case prompted a fierce backlash when it was reported in Het Parool and later picked up by the Israeli media. In a statement reported by AT5, the couple said they had lost a child and asked for the stone to be removed because of the emotional associations.

They said: ‘We are ending the court case because we are shocked by the way this has been publicised and the misunderstandings that have arisen as a result. Since the death of our child the Stolperstein pointing to our house has been too upsetting.

‘We think it is very important to remember all victims of the Holocaust and will continue to do this respectfully. We do not wish to offend anyone and are very sorry that this has happened.’

The district council has offered to move the stone in the Nicolaas Maesstraat to a less prominent spot nearer the edge of the pavement. The stone is one of around 400 in Amsterdam and 60,000 that have been laid across Europe in memory of those who were murdered in the Holocaust.