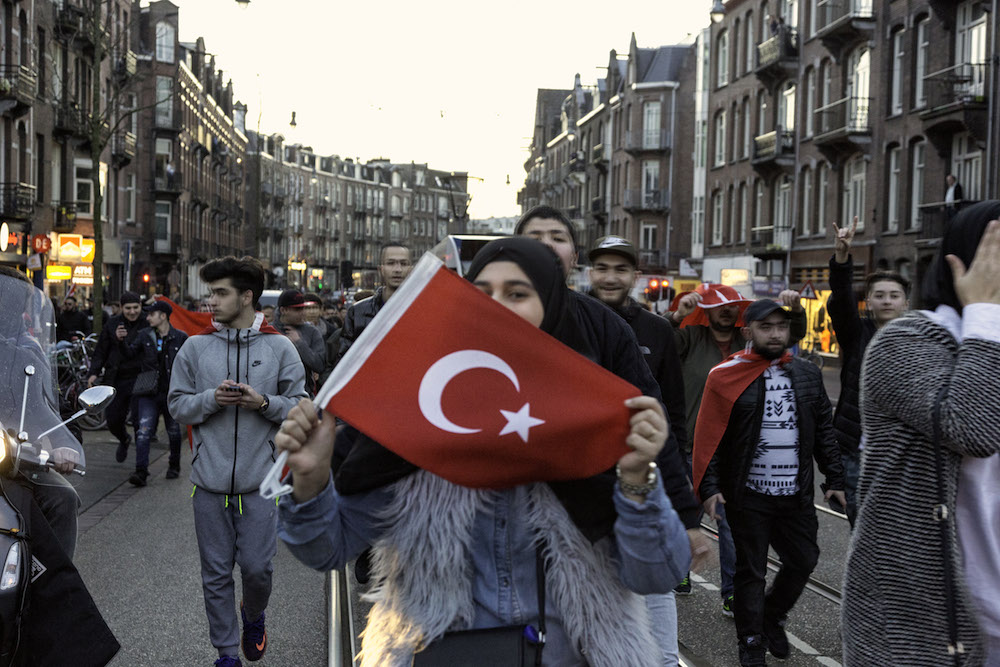 Police in Amsterdam made six arrests on Sunday evening as they dispersed crowds gathered to protest at the Netherlands’ decision to ban two Turkish ministers from addressing rallies.

Although the demonstrators had not asked for permission, mayor Eberhard van der Laan decided to let the protests go ahead, as long as they were peaceful, broadcaster NOS said. But shortly before 11pm, he authorised riot police to clear the Plein 40-45 square in the district of Nieuw West to restore order.

Riot police, who had been on standby, used water cannon to break up the ground although most people went home peacefully. There were six arrests: two for violence, two for incitement, one for insulting a police officer and one for using Nazi gestures, the Parool reported.

Elsewhere in the country there were no problems. Despite calls for a demonstration in the Schilderswijk district of The Hague, just a few groups of people turned up. In Rotterdam, where 16 people had been arrested on Saturday night, there were no demonstrations, NOS said.