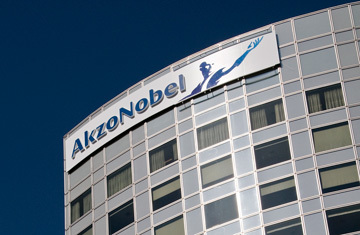 PPG Industries CEO Michael McGarry arrived in Amsterdam on Thursday as part of a campaign to win support from Dutch institutional investors and local media to support its bid for Dutch coatings and and paints rival AkzoNobel.

McGarry also hopes to meet the AkzoNobel board during his stay to convince it of the advantages of a merger, the Financieele Dagblad said on Thursday.

AkzoNobel rejected PPG’s second sweetened offer made earlier this week which valued the Dutch company at €24.5bn. AkzoNobel said the offer significantly undervalued the company and would result in complaints from competition authorities around the world and job losses in the Netherlands.

Several large shareholders said on Wednesday they were disappointed  that AkzoNobel has rejected PPG’s second offer.

Hedgefund Elliott Advisors, which claims to hold a stake of more than 3% in the Dutch company and is thus among its five largest shareholders, has threatened to call for an extraordinary shareholders’ meeting to discuss the matter. Even though Elliott says the second €90 per share bid is too low, it feels that Akzo Nobel should enter talks with PPG.

John Bennett of investment fund Henderson which has a 1% stake in AkzoNobel said the reasons the PPG bid was rejected were ‘not convincing’.  Dutch shareholders lobby group VEB also urges discussions between the two companies.