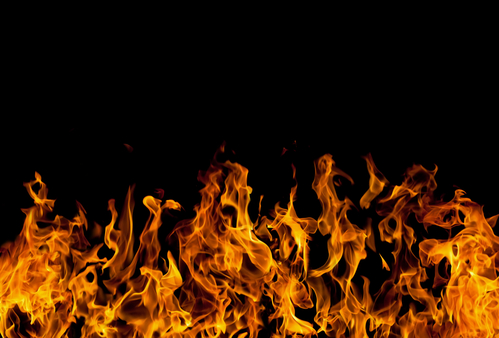 The group launched a campaign on Friday called: ‘with a bit of risk, they’ll get there’, sparking newspaper headlines such as ‘let young children play with penknives’ in the AD.

‘Risky play has a positive influence on children’s physical and mental health,’ says the organisation VeiligheidNL on its website. ‘Through it, they learn to evaluate risk, become self-sufficient and build their self-confidence.’

But, it warns, today’s more protective parents, schools and government mean that children have less experience of managing risk themselves.

Saskia Kloet, manager of the programme around growing up at Veiligheid NL, told the AD: ‘We see ever more international publications coming out about the advantages of risky play. Our children are going out less, sitting around playing computer games and struggling with excess weight. This is the reason for our campaign.’

The campaign advises parents to wait at least 10 seconds before telling their children not to do something or to watch out, when a child is playing in a risky way.

‘It doesn’t feel natural, I understand, but bite your tongue for a bit and see what happens,’ she told AD, if a parent sees a five-year-old playing with a pocket knife. She also advised showing children to climb trees but then letting them do this themselves, and handle fire, ‘but under supervision.’

The organisation’s website asks parents to answer a quick quiz on  whether they would let their five-year-old climb a tree, let a seven-year-old light a campfire or let a six year old go to a park with friends, out of sight.

It gives suggestions about how to facilitate children playing at heights, with speed or dangerous substances, in dangerous places, with some rough-and-tumble and out of sight.

According to a survey of around 1000 parents carried out by TNS-NIPO for Veiligheid.NL, says a press release, 79% of parents would be happy to let their children take risks while they played.

Kloet told DutchNews.nl: ‘There are a lot of good examples from abroad such as The Land Adventure Playground in Wales.’

She added that the organisation had not looked at the legal situation in other countries – in the UK, it is an offence to leave a child alone if it places them at risk, for instance.

But project leader Judith Kuiper told DutchNews.nl that the legal situation is not so prescriptive in the Netherlands, but their campaign is all about nuance. ‘You cannot say this is dangerous, and this is not,’ she said. ‘A child of two should not be left alone by open water, but this might be fine for a child of seven with a swimming diploma.

‘We want to tell parents that children can do a lot themselves. There’s a tendency in society for children to be more protected, pampered and regulated but in Scandinavia and Canada we’re seeing an opposite movement to allow children to be more free and take charge of their own development. This surely makes them happier.’