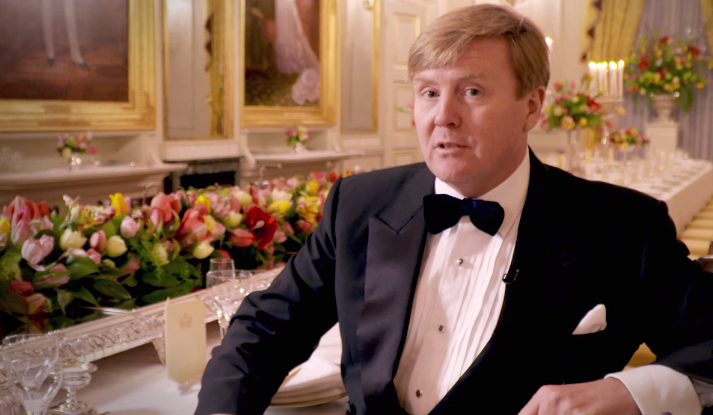 The birthday invitation was made by video. Video still: Koninklijk Huis

Nearly, 11,500 people have responded to an invitation by king Willem-Alexander to join him at his birthday celebrations, but only 7,962 people are actually eligible, broadcaster NOS said on Friday.

The king turns 50 on April 27 and plans to celebrate with 150 other people who share a significant birthday on the same day.

The broadcaster says it is likely that some people have tried to be invited more than once, while others were just trying their luck.

The final guest list for the banquet at the palace on Dam square in Amsterdam will be decided by lottery.

For those who don’t make the list, as every year, the king’s birthday will be celebrated with parties, festivals and flea markets all over the country.