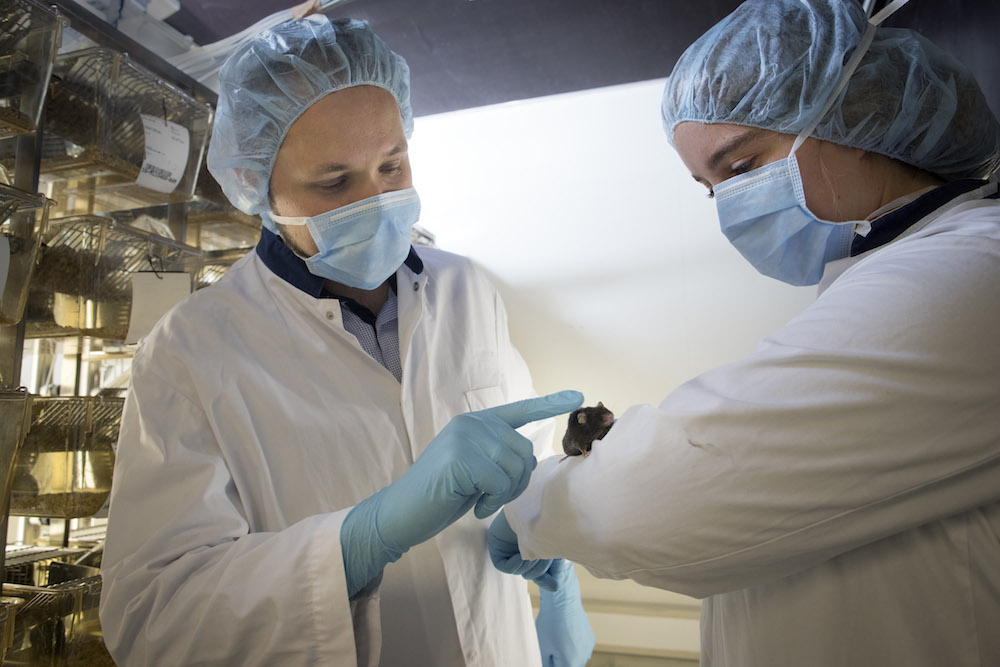 Studies carried out by Dutch scientists have resulted in a major breakthrough in the anti-ageing process which could ultimately lead to future treatment for cancer patients.

Researchers at Erasmus university in Rotterdam have found a way to turn back the effects of ageing following experiments on elderly mice which led to a startling regrowth of the rodents’ fur.

The projects carried out by scientists at Erasmus Medical Centre, Rotterdam, initially centred on an investigation into cells that play a role in ageing, but they have now found a way to alter those cells.

They developed a compound to kill senescent cells – these are the cells which remain in the body in a semi-dormant state as we age. As we get older, these cells have ceased to divide but are not really dead. Their metabolism continues, which means they continue to secrete proteins, including inflammatory cytokines. The cytokines cause a more rapid ageing of tissues and poorer organ function.

But the newly formulated compound Proxifim, developed by Peter de Keizer and his colleagues at Erasmus’ department of molecular genetics, has found a way of stopping the binding between damaging proteins FOX04 and p53.

‘I started research on a fundamental biological question without any idea of application because I was interested in seeing what happened to senescent cells when they get irreparably damaged – whether they die or go into another type of response,’ De Keizer told DutchNews.nl.

‘Once I had identified the culprit, I started to constitute a compound to try to target those cells. While looking at this biological question, I realised there could be an effect on ageing.’


The results of the Erasmus experiment have just been published in the leading scientific journal Cell. Researchers had previously already found a way to slow down ageing. ‘But turning back time proved to be very difficult,’ says De Keizer.

‘The mice were injected with the compounds, and the technicians in the lab came up to me and said, ‘Peter, the mice have re-grown their hair’. When we handled them, we noticed they were more active. These mice had been immobile like old people, but were now running around their cage a lot more.’

After three weeks, the running wheel activity of the mice increased two to three times and their organ function improved. After 10 days their coat of fur became fuller.

‘These effects were not what we were purposefully looking for – we had been looking at the kidneys of the mice. But when we realised the implications, we started dancing in the lab,’ said De Keizer.

Crucially, the injected compound has had no adverse effects on the mice so far. Their platelet count and liver function remained normal.

Dr de Keizer has been working on the project for the past eight years and came to Erasmus in 2012. Previously, he had gained his PhD at Utrecht University and carried out post-doctoral training at Buck Institute for Research on Ageing, in Novato, California, on the molecular hallmarks of cellular senescence, and focused on ageing and cancer.

Hopes are high that this compound can come to play an important role in the treatment of cancer now that more is known about the senescent cells.

Proxifim is a peptide, a small protein which can easily penetrate into cells. It kills the senescent cells and stimulates the surrounding stem cells to create new tissue.

‘The senescent cells make cancer less sensitive to chemotherapy and can accelerate the growth of tumours,’ explains De Keizer. ‘In other words, we actually want to get rid of these cells.’

Trials have only been carried out on mice, so the next stage is to carry out more trials on animals, possibly pigs. If those trials are successful, then De Keizer is looking to conduct clinical trials for cancer patients.

‘There are three areas in which we we can work to reverse certain ageing effects,’ says De Keizer. ‘The first area is to delay ageing by eating less and by taking more exercise.

‘Our bodies can be likened to a car, so the second area of reversing the ageing effects is to recognise the damaged parts and remove them. But it will get old eventually, so the third area to stop ageing is to replace parts – in people this can mean the senescent cells.

‘If we combine these areas together, we can live healthier for longer. We do not seek eternal life, but a longer life without ailments and in excellent health would be great.’