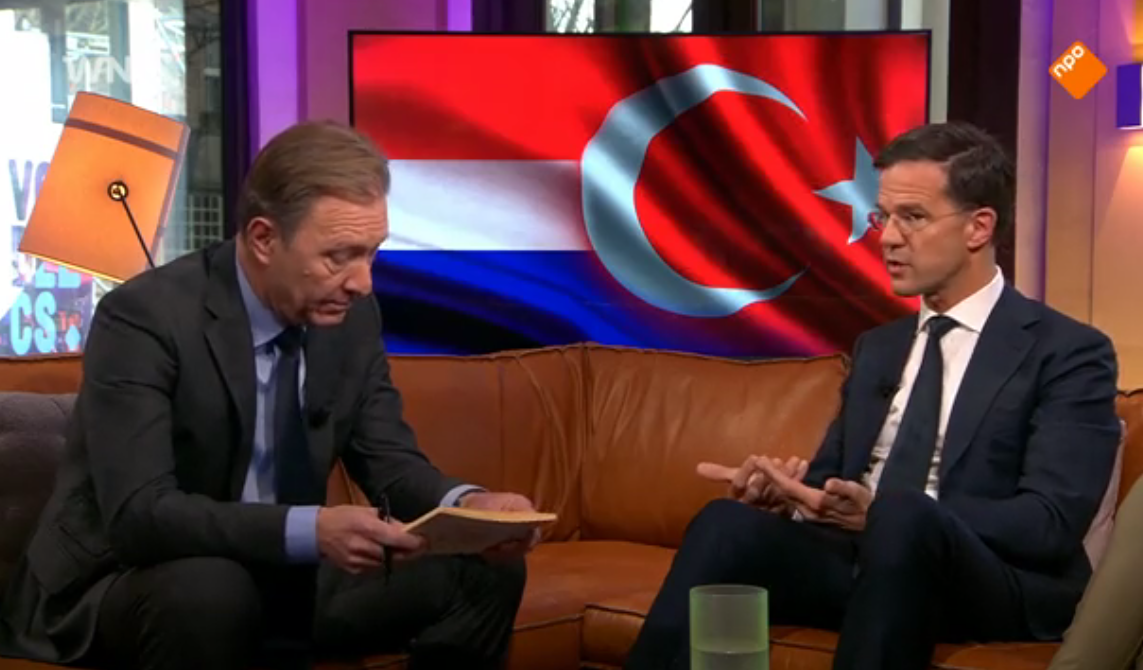 Dutch prime minister Mark Rutte on Sunday described actions of the Turkish government in sending a minister to Rotterdam despite being told she was not welcome as ‘extraordinary’.

Minister for the family Fatma Betül Sayan Kaya was stopped from entering the consulate in Rotterdam when she arrived on Saturday night, prompting a stand-off lasting several hours.

Riot police were drafted in to clear the area near the consulate which had been declared a no-go zone by mayor Ahmed Aboutaleb earlier in the day. In total, 12 people were arrested and seven people, including six demonstrators, were injured, the NRC said.

Rutte told WNL what is crucial now is to de-escalate the situation. ‘I’ve never been involved in anything like this,’ he told television show WNL op Zondag. The Netherlands, he said, would not give into blackmail.

Rutte said he had spoken to Turkish prime minister Binali Yildirim eight times in the past few days, the last time at around 2am. The biggest problem, Rutte said, is that the Turkish government talks continually about Turkish citizens in the Netherlands. ‘They are Dutch citizens,’ he said.

The Netherlands pressed ahead with enforcing the ban after Turkey accused the country of showing fascist and racist tendencies. Those accusations followed a decision not to allow a plane carrying another Turkish minister to land.

Turkey has already brought in diplomatic sanctions and told the Dutch ambassador to Ankara, who is currently out of the country, not to return. Dutch diplomatic posts have also been closed, broadcaster NOS said.

Yildirim said on Sunday that the Netherlands would be paid back for its actions in equal measures. ‘Our so-called European friends who talk about democracy, freedom of speech and human rights have fallen short,’ he said. Such events show who Turkey’s real friends are, he said.

He also called on Turkish nationals in the Netherlands to remain calm. The best thing they can do is to vote in the referendum of March 16, he said.

The aim of the referendum is to give greater powers to Turkish president Erdogan.