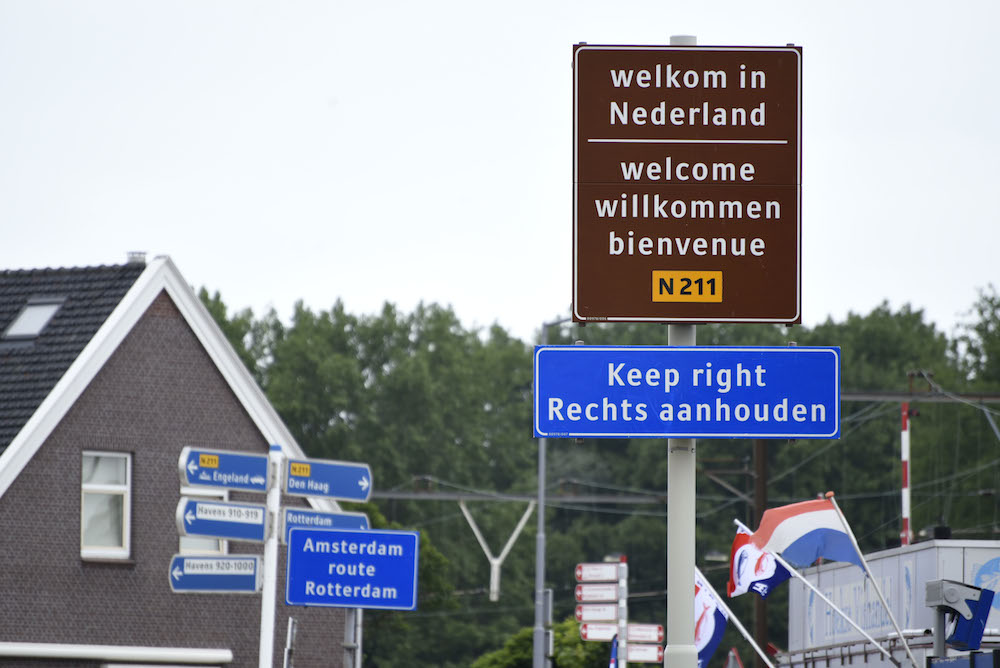 Immigration services and lawyers expect a spike in queries from concerned British nationals when Theresa May formally announces their country intends to leave the EU on Wednesday.

But some have told DutchNews.nl that after the referendum of June last year in which 51.9% of the participants voted leave, they have already begun the process of going Dutch – giving up their British passports, in some cases, to become Nederlands.

Dutch MPs announced this week that they are campaigning for the continued rights of their own citizens in the UK, but there’s no official government line on guaranteeing the position of Brits in the Netherlands.

According to Dutch statistics office CBS, there are almost 85,000 Brits in the Netherlands (compared with 73,000 Dutch nationals in the UK). British expats make up around 1% of the population in cities such as Amsterdam.

Yvonne Wiggers, spokeswoman for the security and justice ministry, which comments on IND immigration service matters, said 110 Brits have applied for Dutch citizenship since the referendum result, but there is no official government advice.

The Expatcenter Amsterdam, a service for international workers and graduates set up by the municipal council, has fielded around 260 requests for guidance from Brits at a special Brexit information point. Many followed an open meeting with mayor Eberhard van der Laan last July, when he reassured people that anyone can apply for a permanent residency permit after spending five years here.

‘There was a big flurry of contact in the summer,’ said Colleen Geske, of the Expatcenter. ‘A lot of questions are around general concerns and anxiety, but some are about pensions, international student fees and complex immigration matters. About 95% don’t want to take firm action, but there has been a slight increase in British citizens who have applied for nationality.’

European constitutional law expert and immigration lawyer Jeremy Bierbach was contacted by around 50 people in the week after the referendum result and continues to field several queries a week, but his broad message is: don’t panic.

‘I see any number of arguments based on EU law to fight any future attempt to deport British citizens,’ he said. ‘I would argue that a British citizen who established legal residence as an EU citizen before they lost their EU citizenship should be allowed to stay. If EU law grants people rights as a citizen and people start making use of those rights, they cannot have the rug pulled out from under them.

‘Other people might look at it from a political perspective and say the EU has no obligation to them. But in any case, if a British citizen has been here for longer than five years, they have automatically gained the right of permanent residence – whether or not they apply for it – under EU directive 2004/38, also known as the citizenship directive.’

There are various options for Brits who want the assurance of Dutch nationality and the simplest is the optieverklaring: this means, for instance, that 15 years of unbroken residency plus three years of registered partnership or marriage with a Dutch citizen can equal going Dutch.

That’s the case for David Emmett, a 52-year-old motorsports journalist originally from Chelmsford, who is now €182 poorer and half-Dutch. He first moved to the Netherlands at the age of 12, and now lives in Diemen.

‘I have a life here, I’m married and have been living here for more than 30 years,’ he says. ‘I don’t have any plans to move back to the United Kingdom, and because of my job, I need to be able to move freely in the European Union. Brexit is going to be a complete disaster, and has been handled with such epic incompetence, you cannot rely on the politicians to sort out a deal.’

Deborah Ferraz, 59, from Bromley in Kent, lives in Amsterdam and has wanted to take Dutch citizenship for some time. ‘I moved here in 1982 and for the last 20 odd years, I’ve been thinking that I would like to be Dutch,’ she said. ‘But it was a lot of hassle and costs a lot of money, but now I have an uitkering social payment – because of my health, I can’t work – I was first told by the IND that I couldn’t naturalise.’

But upon calling again, she was advised that her solution was simple: wait until she is 65, when she will also qualify for the optieverklaring. ‘I feel 99.9% Dutch,’ she says. ‘So that’s my happy ending for now.’

A more costly option, at €855, is to apply for Dutch nationality and take the integration exams that apply to non-Europeans. This is the path that former Londoner Abi Daruvalla, 59 and a media trainer, is taking.

‘I’ve been here since 1979, at various times I’ve thought of becoming Dutch and it has always bugged me that I have no say in what happens to my taxes as I can’t vote in the national elections,’ she says. ‘The day after Brexit, I made an appointment with Amsterdam city council to start the procedure.’

She says the process has been quite a ‘circus’, with much uncertainty about what she would need to do, and which exams she would have to take. But, work-wise, she believes taking Dutch residency and giving up her British passport will be worthwhile: ‘I had no idea what criteria would be for a work or residency permit, it’s a lot of trouble and effort, and during the interim period, I can imagine potential clients would think: let’s just find someone who’s not going to cause us as many administrative headaches,’ she adds.

Simply trying to make her voice heard is a struggle for 57-year-old editor and writer Ann Maher from London, who moved to the Netherlands in 2002. She read that the British government is consulting ‘stakeholder groups’ but can find no way of being part of these. ‘We’ve moved from a situation where our identity and rights were clear, based on EU principles we believed in, into unchartered territory,’ she explains. ‘[I’ll] try and make the best decisions for now and wait and see, like everyone else.’

The British Embassy in the Netherlands will have more advice after March 29, when Theresa May is expected to notify the EU that she is enacting ‘article 50’ to start the leaving process, according to head of policy Nick Coppin. Meanwhile Nick Nugent, chairman of the British Society of Amsterdam, said some members are ‘worried’ and so it is passing on all consular information to its 1,000 members.

Lawyer Bierbach adds that it might be a wrench to give up your British passport if you go Dutch – which you can only avoid if you gain citizenship through marriage or partnership with a Dutch national. But the Brits’ famous (lack of) language abilities might need to improve too when its citizens are no longer part of the EU.

‘As a rule, if you become a naturalised citizen, this also requires you to have to pass the inburgering exam,’ he adds. ‘This is daunting for a lot of people if they have been here for 30 years and can’t do much more than order a drink in a café!’