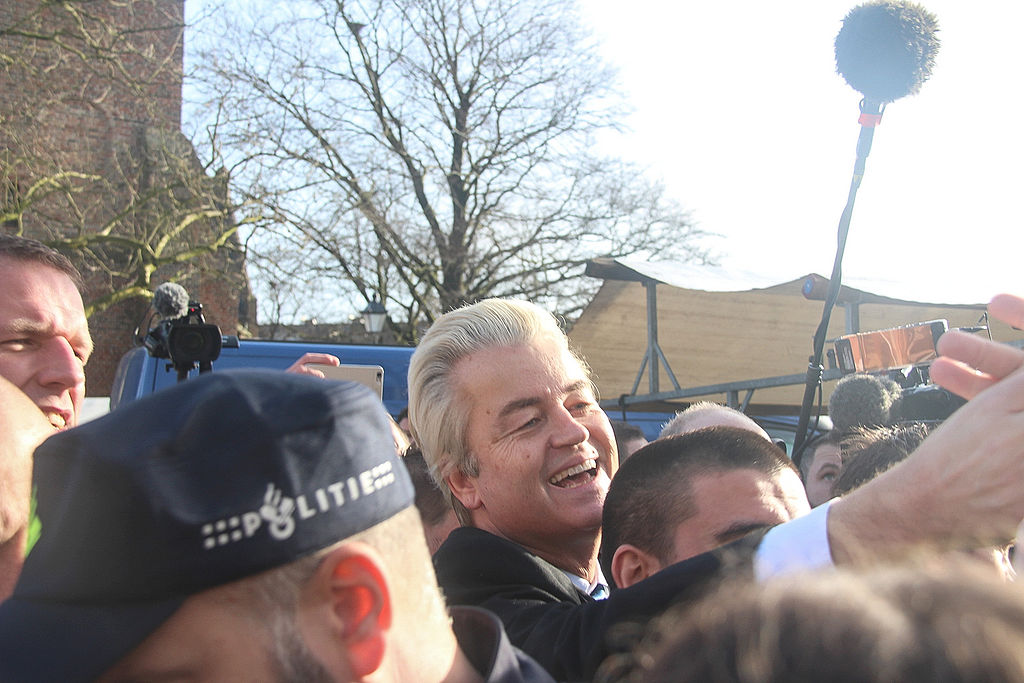 PVV leader Geert Wilders on Sunday pulled out of a second televised election debate, describing one of the organising broadcasters as ‘unbelievable lowlife scum’.

Wilders said via Twitter that he would not take part in the debate. ‘Bye Bye RTL,’ Wilders said, before going on to restate he would be at two other debates on March 13 and 14.

Last week, Wilders pulled out of another RTL debate featuring the main prime ministerial candidates because five not four parties had been invited to take part. Prime minister Mark Rutte also withdraw from that debate.

Wilders did not say why he had pulled out of the second debate but had earlier sent out an angry tweet denouncing RTL’s interview with his older brother Paul.

‘What unbelievably lowlife scum RTL is to bring my family into the campaign,’ Wilders said. ‘Disgusting.’

In the interview with RTL, Paul Wilders said the PVV leader will not accept any opposition, whether family or not, and rules his world like an emperor. The two brothers, he said, have hardly spoken since Paul sent out a tweet apologising for his brother’s tweet featuring Angela Merkel with bloody hands.

His opposition to Geert has also brought him death threats, most recently from a group of men who said they would ‘take care’ of him after the election. ‘As if a PVV election victory would legitimise something like that,’ he told RTL.

RTL news editor Harm Taselaar said in a reaction that he was extremely sorry Wilders had pulled out of the debate. The interview with his brother was completely justified, Taselaar said, because of the threats which had been made against him.