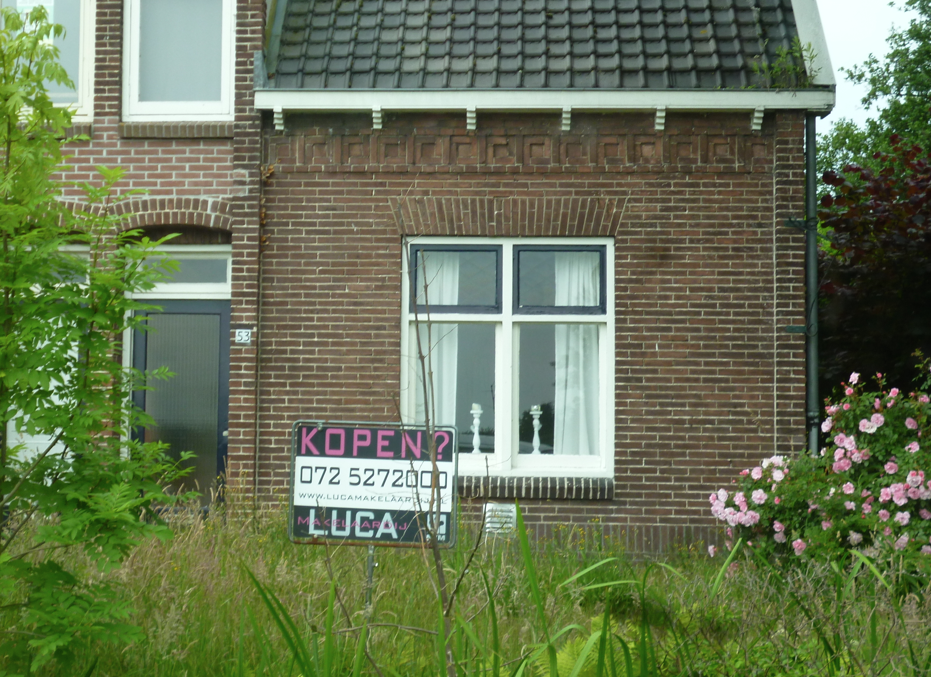 The Netherlands goes to the polls to elect a new government on March 15. Gordon Darroch is taking a close look at the five big issues dominating the campaign: healthcare, immigration, Europe, the elderly and housing.

The Dutch housing sector is under increasing pressure to keep up with demand. A working group set up by the government has concluded that 50,000 new homes need to be built in the next few years.

Rents and house prices are both rising faster than inflation, making it especially challenging for young professionals and those looking to buy their first home. At the same time some homeowners are still feeling the after-effects of the house price crash and negative equity that was a major feature of the 2008 recession.

The problem is particularly acute in the social housing sector, which still accounts for 29% of all homes despite the efforts of Mark Rutte’s government to liberalise the sector. According to D66’s manifesto the average waiting time for a house in the public sector is eight years and in extreme cases people are having to wait for 21 years. D66 has set a target of building 100,000 new affordable homes to cut the waiting list.

Other parties to specify housebuilding targets include Labour (PvdA), which wants to build 50,000 homes a year. The animal rights party PvdD calls for empty offices to be converted into homes to ease the shortage.

Several parties see the private sector as key to easing the housing crisis. The Christian Democrats (CDA), D66 and the ChristenUnie all want to liberalise the market, particularly for tenants whose rents are just above the limit of €700 a month for social housing. A shortage in the €700-€1000 bracket is causing a backlog in social housing and exacerbating the problem of scheefhuurders – sitting tenants whose incomes have risen far faster than their rents, sometimes over decades.

The Socialists (SP) focus on reducing rents, pointing out that average housing sector costs have increased by 30% in six years, creating hardship for half a million people. ‘Rents down’ is also the full extent of housing policy in the PVV‘s manifesto.

The Socialists would use social housing to tackle the shortage of homes for low earners, by extending eligibility to people earning 150% of the average income. This is in direct contrast to the VVD, who want to make space for more private landlords by lowering the upper threshold for social housing to €600 a month. 50Plus says social housing landlords should be compelled to build enough homes for elderly people.

In the housing market itself, much attention has been focused since the recession on the hypotheekrenteaftrek – the mechanism that allows homeowners to offset their monthly mortgage payments against income tax. Labour, Denk and the ChristenUnie would all bring the maximum level down from €750,000 to €500,000, while D66, the SP and the SGP also have plans to scale it back in the longer term.

The latter two parties also want to reduce the level of mortgage debt; in the case of the SGP this would involve allowing people to use money from their pension pots to pay off their mortgages. Several parties want to relax the criteria for new mortgages to help first-time buyers; the VVD, for example, say banks should be able to look at buyers’ potential future earnings as well as their current earnings.

One reform from the Rutte government that many parties target is the verhuurdersheffing, or landlord’s levy, applicable to owners who have at least 10 rental properties within the social housing price bracket. The measure is worth around €1.3 billion a year to the public purse, but opposition parties say it deters landlords from investing in improving the quality of housing.

Free-market champions VNL want to abolish it outright, while the CDA would cut it by around 30% so corporations can build more affordable homes. The VVD, which pioneered the scheme, would increase the charge and use the money raised to fund an income tax cut.

Finally, energy use and sustainability feature in several parties’ manifestos. GroenLinks want more investment in parks and green spaces, and will campaign for a European agreement to make all new buildings energy neutral within two years. D66 have a more modest target of making 30% of homes energy neutral by 2030. The PvdD wants to permit more ‘tiny houses’ – small portable homes or extensions which could be used, for example, as granny annexes – to tackle the housing crisis without needing to develop green space.

VVD: Lower the rent ceiling for social housing to €600 to encourage more private sector landlords. More flexible mortgage lending criteria to help first-time buyers and non-contract workers. New migrants no longer to be given priority in waiting lists. Housing benefit to be based on income rather than rent level.

PvdA: At least 50,000 new homes a year to be built, with quotas for affordable housing. Structure rents so that people on lower incomes pay less. Cap mortgage tax relief at €500,000.

SP: Cut social housing rents by €400 a year with no rent increases above the level of inflation. Extend eligibility for affordable housing to people earning 1.5 times the average salary. Oblige social landlords to invest in improving their buildings.

Denk: Abolish landlords’ levy to cut rents and encourage investment. At least 30% of land sales to go to small developers. No rent rises above inflation for low earners. Limit mortgage tax relief to €500,000 but extend eligibility to interest-free (‘halal’) mortgages.