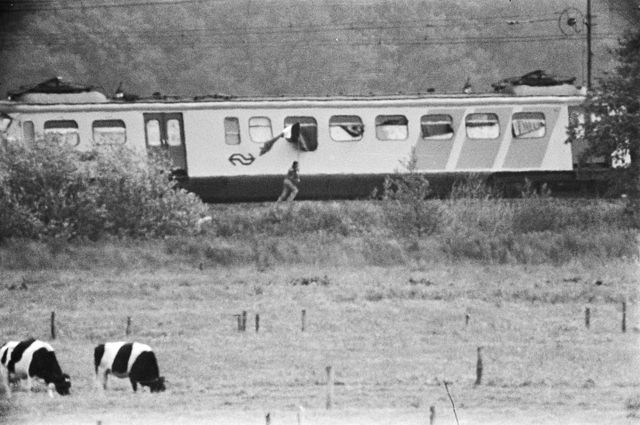 Judges in The Hague have ruled that there must be a new investigation into the ending of a train hijack in Groningen in 1977 which left six hijackers and two passengers dead.

Relatives of two of the nine Moluccans who hijacked the train claim the hijackers were executed when they were already severely wounded and not capable of offensive action.

In an interim judgement on Wednesday, judges said the marines must be heard as witnesses. ‘This is the only way to get to the bottom of the deaths of Max Papilaja and Hansina Uktolseja,’ the court said.

Claims by the state that the case is too old were ‘unacceptable’, the court said, adding that the state itself had failed to carry out a proper investigation.

After a 19-day stand-off between the government and the hijackers, the government ordered an assault on the train which claimed the lives of two passengers and the six hijackers.

Lawyer Liesbeth Zegveld, who is representing the families, says new facts have emerged in the last few years which justify a trial. For example, autopsy reports, which were only made public in 2013, show that the shots that killed two of the hijackers were fired from a short range.

Zegveld also has access to a statement from the lawyer of a marine involved in the assault who claims that ‘a government representative’ said the hijackers had to be killed even if they surrendered.

There were a number of violent actions by radicalised young Moluccans in the 1970s. At the same time as the hostage taking at De Punt in Groningen, another group took a number of school children and their teachers hostage in a school in Bovensmilde. In this case the hostage takers surrendered and no one was hurt.

The frustration of many in the Moluccan community goes back to the way the post-war government treated the soldiers who had fought for the Dutch in its former colony of Indonesia.