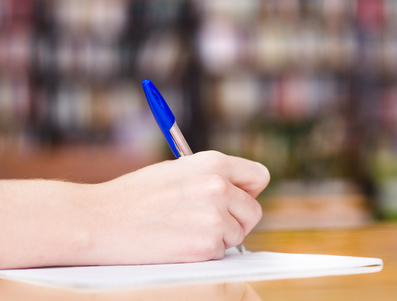 More children are being diagnosed with dyslexia – sometimes up to 30% of classes – because of poor teaching, reports the AD.

Anna Bosman, a professor at Radboud University in Nijmegen who has researched the condition since 2007 told the paper she believes many children are diagnosed with serious difficulties with reading and mathematics unnecessarily. But they are, she believes, a result of poor teaching.

‘They just don’t practice enough,’ she told the paper, advocating daily dictation lessons. ‘Children need to have the rules of spelling firmly in their heads. For example, that a g sound before a t is almost always a ‘ch’ and not a ‘g’.”

She claimed the same is true for a condition known as dyscalculia – an inability to process numbers – which she believes could be overcome with drilling in basic number skills such as addition, multiplication and tables. She said that a study with 50 pupils taking six weeks of intensive arithmetic training ended up with them 18 months ahead, on average. ‘Almost all pupils can acquire these skills,’ she told AD. ‘I even wonder whether dyslexia exists.’

In the past, the professor has complained about revisions to the Dutch Cito school spelling tests, advocating a return to a ‘normal’ dictation.

In some high schools, AD reports, 30% of children are diagnosed with dyslexia, and other studies have suggested that almost one in seven secondary school pupils gets extra help with their exams due to dyslexia or other problems. Several years ago, junior education minister Sander Dekker suggested that psychologists should be slower to diagnose children as dyslexic and the definitions might have to be tightened.

Another expert, professor Ben Massen, told the AD on Thursday that children with dyslexia should, in any case, be practising more rather than less.

A spokesperson from the Dutch council responsible for primary schools, told AD it was an exaggeration to say all dyslexia problems were caused by poor education, but added: “If what the professors say is really happening, then it is definitely worthwhile to discuss how we can solve the problem.”