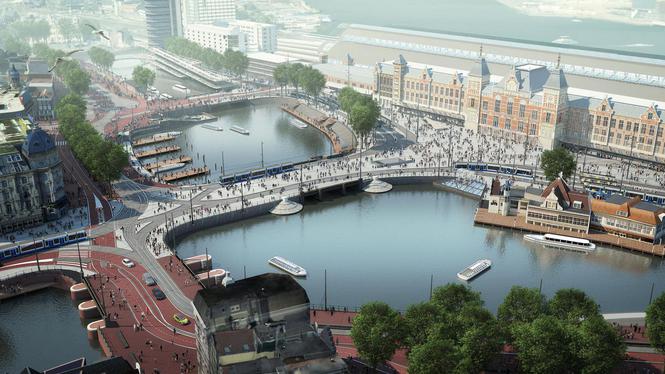 Amsterdam city council has unveiled a massive five year project to overhaul the area in front of the city’s main railway station.

The plan involves rerouting traffic and city bus services, constructing an underground bike park for 7,000 two-wheelers and moving the tourist canal boats to a new location. Part of the old water front – currently a bus terminus – will be opened up again.

Work on the project will start in 2018 and will involve major disruption, city transport alderman Pieter Litjens told the Parool on Wednesday.

‘The space is currently a mess and chaotic,’ said Litjens. ‘We have to do something about it and make the entry to the city fit for another 100 years.’