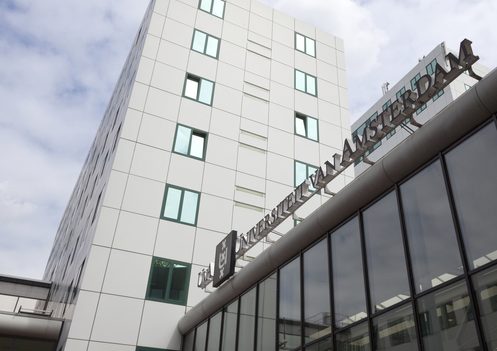 University of Amsterdam research into women who have joined the terrorist movement IS was partly carried out by a researcher who has herself praised the violent jihad on internet, according to the NRC.

The paper says Aysha Navest writes under a pseudonym on web forums praising jihadis and the university has now called in external experts to analyse the study.

Aysha Navest interviewed 22 female jihadists for the study, some of whom she already knew before they left. One of her published conclusions was that many of the women do not take part in the fighting but only lead a domestic life while living in IS territory.

The study, published in 2016, could benefit women who return from IS-controlled areas, the NRC points out. However, the public prosecution department bases its arguments on previous research by Leiden and Amsterdam universities which found women do play a role in the jihad, specifically by finding new female recruits.

The new study has limited value and, being based purely on interviews with IS women themselves, ‘we don’t consider it to be credible,’ a spokesman told the paper.

The paper discovered that she has written messages on the forum Marokko.nl under the pseudonym ‘Ought Aicha’ (Sister Aicha). The texts say that people travelling to Syria can expect a reward in paradise and that IS fighters are wrongly criminalised by fellow Muslims.

She also expressed approval of a suicide attack by IS and praised Osama bin Laden for his fight to ‘protect our Muslim community’, the NRC reported.

Navest said in a reaction that she does not sympathise with the armed jihad but would not reply to the question of whether the account on the forum is hers.

Her fellow researchers, Annelies Moors, professor of contemporary Muslim societies at the University of Amsterdam, and anthropologist Martijn de Koning, say there ‘was no sign of possible bias’ on the part of Navest and that they still stand behind the study.

However, the NRC says, other researchers say the methods used were not sufficiently transparent.

The interviews with the women in IS-controlled areas were conducted via WhatsApp, without their names being known to the researchers. Critics told the NRC  it is important for researchers to know the identity of their respondents in order to prevent fraud.