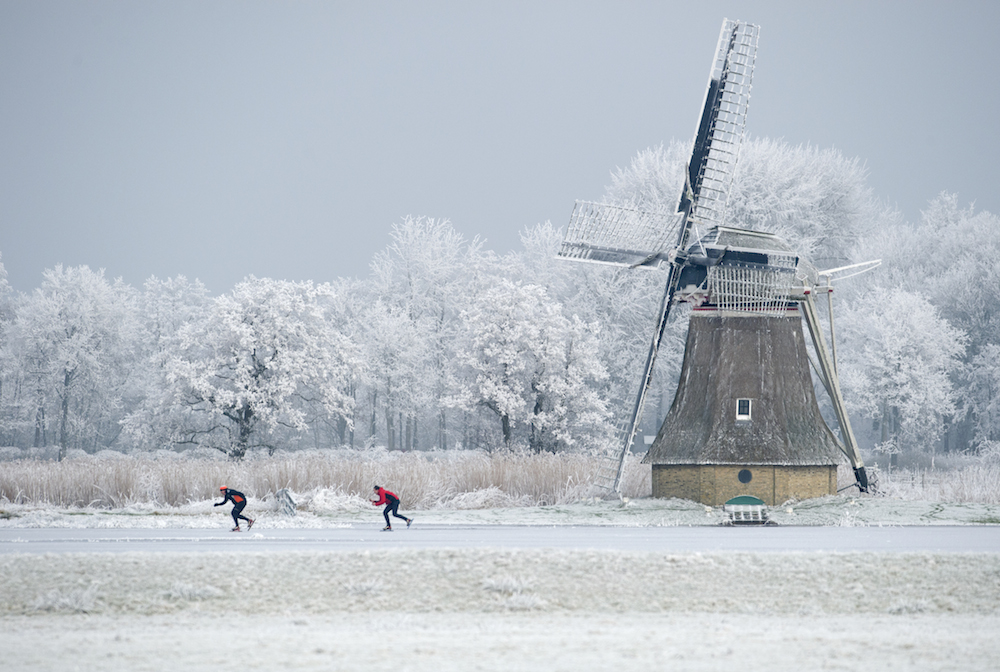 Skating on the shallow Ryptsjerksterpolder in Friesland earlier this week. Photo: Buiten-Beeld via HH

The Dutch skating union KNSB on Friday warned skaters to exercise extreme caution before venturing onto frozen lakes and canals to enjoy the winter weather.

Despite days of frost, the ice is still not thick enough in most places and several people have already ended up in the freezing water, the KNSB said.

‘Skating on open water is still too dangerous,’ spokesmann Ramon Kuipers told broadcaster NOS. Instead, people should contact their local ice club and use outdoor rinks, he said.

Despite freezing temperatures at night, the ice has barely thickened during the day,  the KNSB’s Huub Snoep told the Volkskrant. To make skating on lakes and rivers really safe, at least three nights of -10 degrees is needed, Snoep said.

In the coming days the temperature is set to drop to around -5 degrees at night but is likely to be one or two degrees above zero during the day, weather bureau KNMI said.

Seven things you need to know about skating in the Netherlands