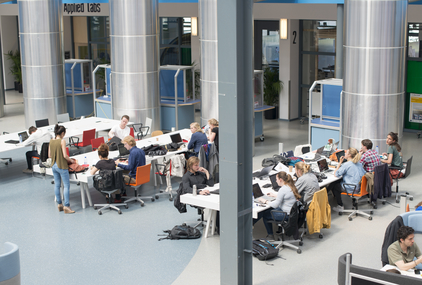 Almost seven in 10 university academic staff say they have to work under a lot of pressure and 70% do at least six hours overtime a week, according to a survey by trade union federation FNV.

The survey was carried out under university staff ahead of key pay talks which will start this year. The current academic staff pay deal expired last July.

Some 60% of academic staff, including PhDs, have a flexible or short term contract, Boersma said. ‘This means there is great pressure [on staff] to stand out and to be considered for another short-term or a permanent contract,’ he said.

The FNV questioned 2,500 university staff, including lecturers and support services. Some 50% of teaching staff said they did not have enough time to prepare properly for lessons or to take breaks.

According to education ministry figures, there has been a 60% increase in the number of university students since 2000 but the number of academic staff has only risen 14%, NOS said.

The FNV says it will focus on the balance between teaching and research in the new pay talks. Salaries will also be up for discussion.