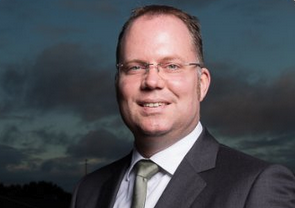 The defence ministry was involved in falsifying the records of a airforce whistleblower to imply that he had psychiatric problems, according to research by current affairs show EenVandaag.

The show’s researchers say officials made up two conversations between Victor van Wulfen‘ and psychiatrists as well as a talk with his squadron leader.

In the false reports, Van Wulfsen is said to admit to living in an ‘imaginary world’. He was actually on holiday in South Africa at the time the interviews are said to have taken place.

Van Wulfsen was sent home because of his ‘psychological problems’ and spent 4.5 years on non-active service.

The false reports are mentioned in a 2012 investigation into the affair by defence ministry inspectors. Nevertheless, the inspectors concluded that there was no question of a lack of care although the report ‘showed shortcomings on a couple of points’.

The inspectors’ report, which is confidential, has been seen by defence minister Jeanine Plasterk and MPs. Two other MPs, Jasper van Dijk and Raymond Knops, shown the report by EenVandaag, described the falsification of medical reports as  ‘scandalous’.

Airforce pilot Van Wulfsen went public in 2009 with claims that some of his fellow pilots were not properly trained and did not always follow safety procedures. In 2015, he was finally officially rehabilitated. He now flies again for the coast guard.