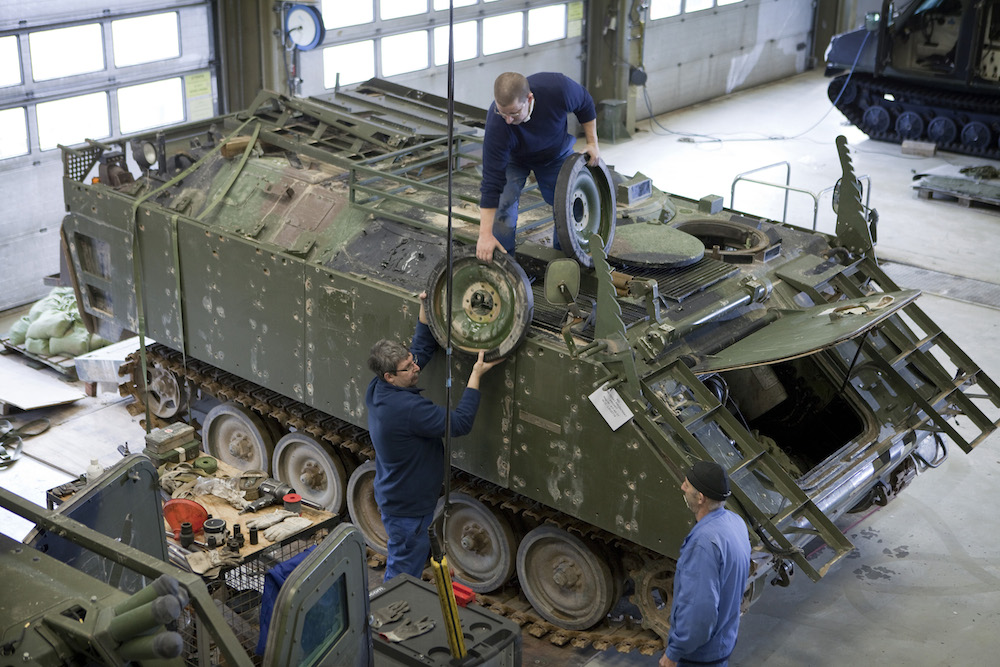 The US army is opening a major weapons storage depot in Limburg on Wednesday, the Telegraaf said on Thursday.

The depot will be used to keep and maintain 1,600 tanks, armoured cars and heavy artillery for a US armoured brigade combat team, the paper said.

The move is one of a series of Nato measures to reassure eastern European countries following Russia’s annexation of Crimea, the paper said. America is also setting up storage depots in Belgium and Germany.

The American depot is located at the former Eygelshoven military base near Kerkrade and will create jobs for around 100 people, particularly in maintenance and security.

The base is being opened by Dutch armed forces chief Tom Middendorp and the most senior US army official in Europe, lieutenant general Ben Hodges, the Telegraaf said.

It was handed over to the Americans in September this year. The base was also used by the American army up to 2006, the defence ministry said in a statement.