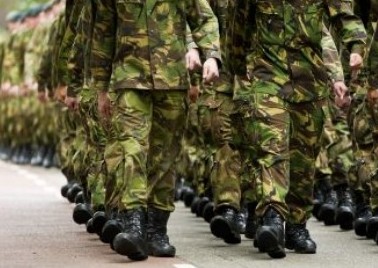 Armed forces veterans and civilian personnel are going to court to demand a solution to their pension shortfalls following the government’s decision to raise the pension age in stages to 67.

On Thursday MPs voted narrowly against an opposition motion which would have ensured former soldiers were compensated for the pension gap .

Soldiers and civilian personnel have to retire earlier than the current state pension age of 65 but measures have been taken to close that gap. However, nothing has been done to make up the shortfall between 65 and 67. Some 17,500 military personnel are affected.

Fully compensating soldiers would cost up to €600m by 2035, experts say.

Former soldiers now plan to take the issue to court again to fight for more cash to tide them over until the state pension kicks in. A number have already sent back their long service medals in protest at the government’s failure to act.