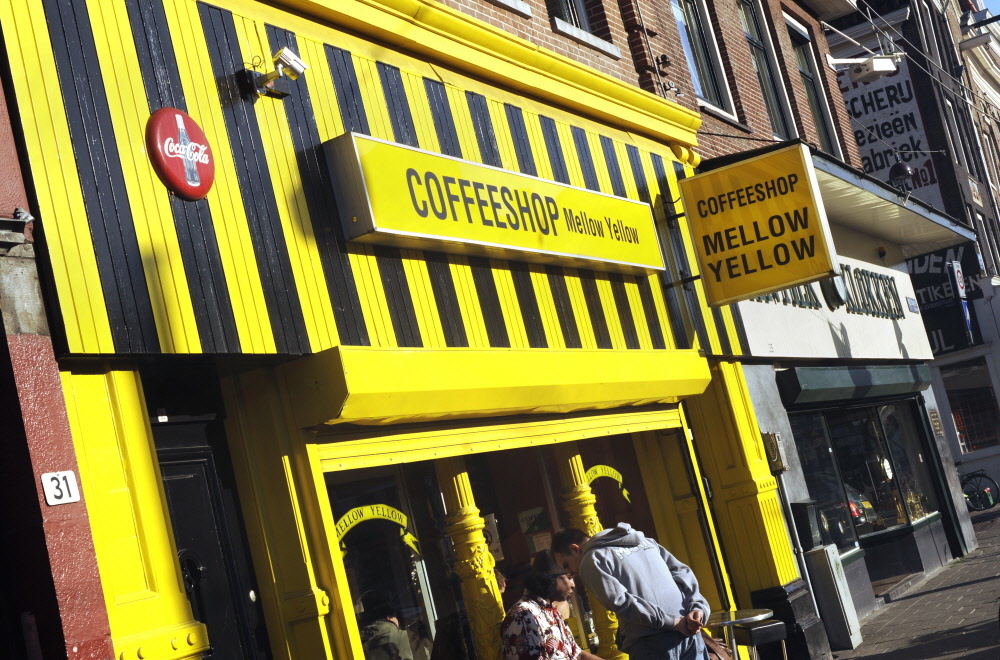 Mellow Yellow can trace its history back to 1973. Photo: Paul van Riel / HH.

An Amsterdam cannabis cafe or coffeeshop which can trace its roots back to 1973 will open for the last time on Saturday because of city rules preventing the sale of marijuana close to schools.

Mellow Yellow, now on the Vijzelstraat, first opened in a squatted bakery on the Weesperzijde. It was named after the Donovan song Mellow Yellow, about smoking banana skins, and was ‘code for the fact you could buy weed there,’ founder Wernard Bruining told the Volkskrant.

Bruining’s concept involved serving clients a cup of tea so they could then buy marijuana from the house dealer. This enabled him to get exploit a loophole in the law which allowed individuals to sell the soft drug, the Volkskrant said.

The original coffee shop burned down in 1978 and Bruining gave the go ahead to another entrepreneur to open the Vijzelstraat premises with the same name and philosophy.

Now, however, it is scheduled to close because of city rules banning coffee shops from being within 250 metres of a school.

Mellow Yellow was first under threat because of a nearby secondary school but that has since closed. However, the hairdressers academy is 230 metres away and that too is a reason for closure even though most pupils are over 18, council officials say.

Van der Laan believed Opstelten’s planned introduction of a ‘weed pass’ for locals would have led to a surge in street dealing in the capital and agreed to close coffee shops near schools instead.

Eleven coffee shops have already closed down and eight more will go from January 1.