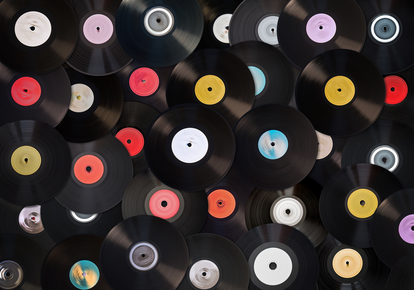 Like a broken record – or rather, like a new one – a popular Dutch record token scheme is set on repeat, according to the NOS.

The national voucher, once a must-have for music lovers wanting to receive gifts of vinyl, has been relaunched.

A paper coupon until being phased out in 2008, the token has been relaunched as a plastic card and its value can also be spent online. It is, says NOS, a response to a recent demand for vinyl records.

Martin de Wilde, president of the Stichting Nationale Platenbon that issues the vouchers, told the national broadcaster: ‘The card responds to what record stores are selling. A comeback for this token is the logical response. Young people are going back to record shops and no longer just illegally downloading music.’

He is one of the people behind an annual Record Store Day, where musicians perform in record stores across the Netherlands and promote LPs. Around 650,000 records were thought to have been sold in the Netherlands last year, making it one of the strongest markets in Europe.

Concerto, a record and CD seller, said it was happy with the new card, which it is selling in store. ‘The previous version was very ugly,’ one employee told NOS. ‘We could hardly give it away. We think it’s a good initiative. And on Record Store Day, we sell even more than at Christmas.’