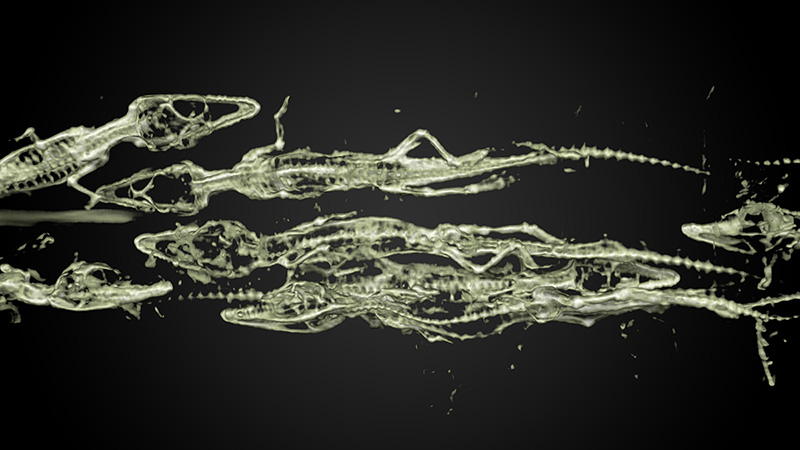 Experts have discovered 47 mummified baby crocodiles packed inside the preserved corpse of a fully-grown beast at a museum in Leiden.

The surprise find emerged in a new scan of the three metre-long ‘mother’ crocodile, which has been at the National Museum of Antiquities (Rijksmuseum van Oudheden) since 1828.

‘This mummy was intended as a votive, a present to the crocodile god,’ curator Lara Weiss told the Volkskrant. A previous scan in 1996 had shown that the mummy contained two crocodiles bound together, but the babies only became clear on the new 3D scan carried out by Swedish tech firm Interspectral at Amsterdam’s Academic Medical Centre.

‘You can’t see them properly on the old scans unless you know they’re there. And we never expected to find this,’ said Weiss.

The 2500-year-old crocodile is one of only two such mummies in the world known to contain the preserved remains of its young. The other is in the British Museum in London.

Visitors will be able to see the babies in a ‘virtual autopsy’ of the mummy when the National Museum of Antiquities opens its new Egyptian collection gallery on November 18.