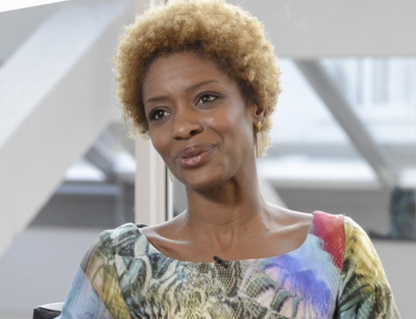 Fledgling political party Denk says it is concerned for the safety of its high-profile parliamentary candidate Sylvana Simons after the release of a video featuring her head imposed on a photograph of lynching party victims.

It is unclear who made the video, which also features the television presenter as Sinterklaas’ sidekick Zwarte Piet and a naked African woman, to illustrate the carnival song Oh Sylvana.

A city councilor in The Hague has made a formal complaint about the video, describing it as ‘too disgusting for words’.

‘It is completely out of order,’ said Fatima Faid of the local Haagse Stad party. ‘Simons is continually attracting these hardcore racist and sexist threats. I think as politicians we should speak out against them.’

‘We expect concrete security measures to be put in place,’ Denk chairman Tunahan Kuzu said. ‘The government must make sure all its citizens feel safe.’
He has also urged prime minister Mark Rutte and social affairs minister Lodewijk Asscher to condemn the attacks on Simons.

Singer Rob van Daal has denied the song is about Simons, despite the lyrics urging her to pack her bags and leave – a comment earlier directed at Simons when she spoke out against the Zwarte Piet caricature.

His wife and manager Nikki Jeurninck told reporters the song was about a Russian woman and the racist videos are being removed.