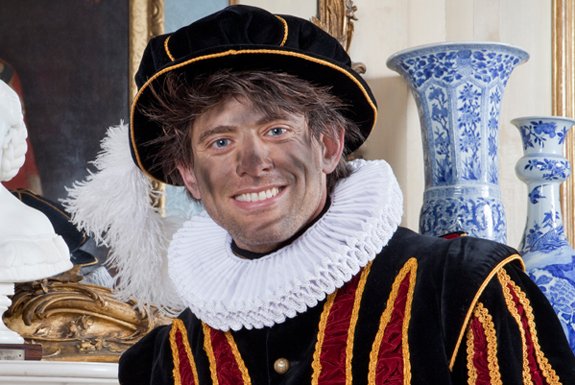 Commercial broadcaster RTL is dropping blackface actors from its Sinterklaas programmes this year. Instead Zwarte Piet, the saint’s traditional sidekick, will bear black soot marks on his face to show he has climbed down the chimney.

The broadcaster said the new look reflected changing times while remaining ‘very faithful to the story’. ‘It’s a Piet who is faithful to Dutch tradition without being offensive,’ a spokesman told NPO Radio 1.

RTL insisted in a statement that it was not taking sides in the polarised ‘Zwarte Piet debate’: ‘It shouldn’t be about who’s right, but about understanding each other’s point of view.’ However, within hours the hashtag #boycotRTL was trending on Twitter as furious traditionalists made their feelings known.

Deputy prime minister Lodewijk Asscher, who has chaired a series of discussions on the issue between supporters and opponents of Zwarte Piet, praised RTL’s decision on his own Twitter account, adding the comment: ‘Time for change’.

The public service broadcaster NTR, which produces the annual Sinterklaasjournaal for NOS, refused to reveal if it has made similar changes in its pre-recorded episodes. ‘Wait for the first episode on November 9,’ said a spokeswoman.