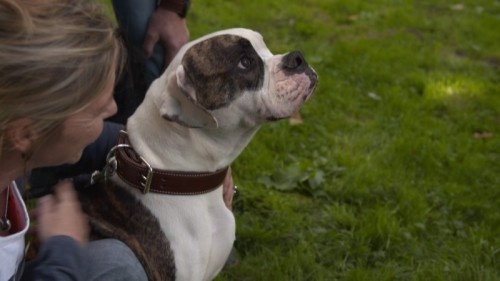 A Dutch public broadcaster is claiming it had a pet dog cloned in South Korea for a new show. It is illegal to clone animals in the Netherlands, but not to import a cloned pet from abroad.

The dog which was cloned was a 12-year-old bulldog called Joep, which lived in Rotterdam. Joep has since died, but the owner is extremely happy with the clone, named Pipo, according to the Telegraaf.

‘It is not just his appearance, which is almost identical,’ the owners told the paper. ‘We are surprised on a daily basis how much his behaviour and character matches with our old dog. It is unbelievable.’

Joep’s owners had responded to an appeal by BNN which was looking for people who wanted to have their pet cloned and were willing to send a tissue sample to the company, named by the Telegraaf as Sooam Biotech.

Sooam is said to be the leading laboratory in the world for dog cloning and has produced more than 700 dogs for commercial customers.

The Telegraaf says it cost the broadcaster €50,000 to have the dog cloned.

Opposition MPs have criticized the idea of cloning animals to order and animal welfare groups point out that hundreds of dogs in animal shelters could do with a new owner.

The programme, Klonen: Wens of Waanzin?, is part of a series about cloning around the world and will be broadcast on Friday.