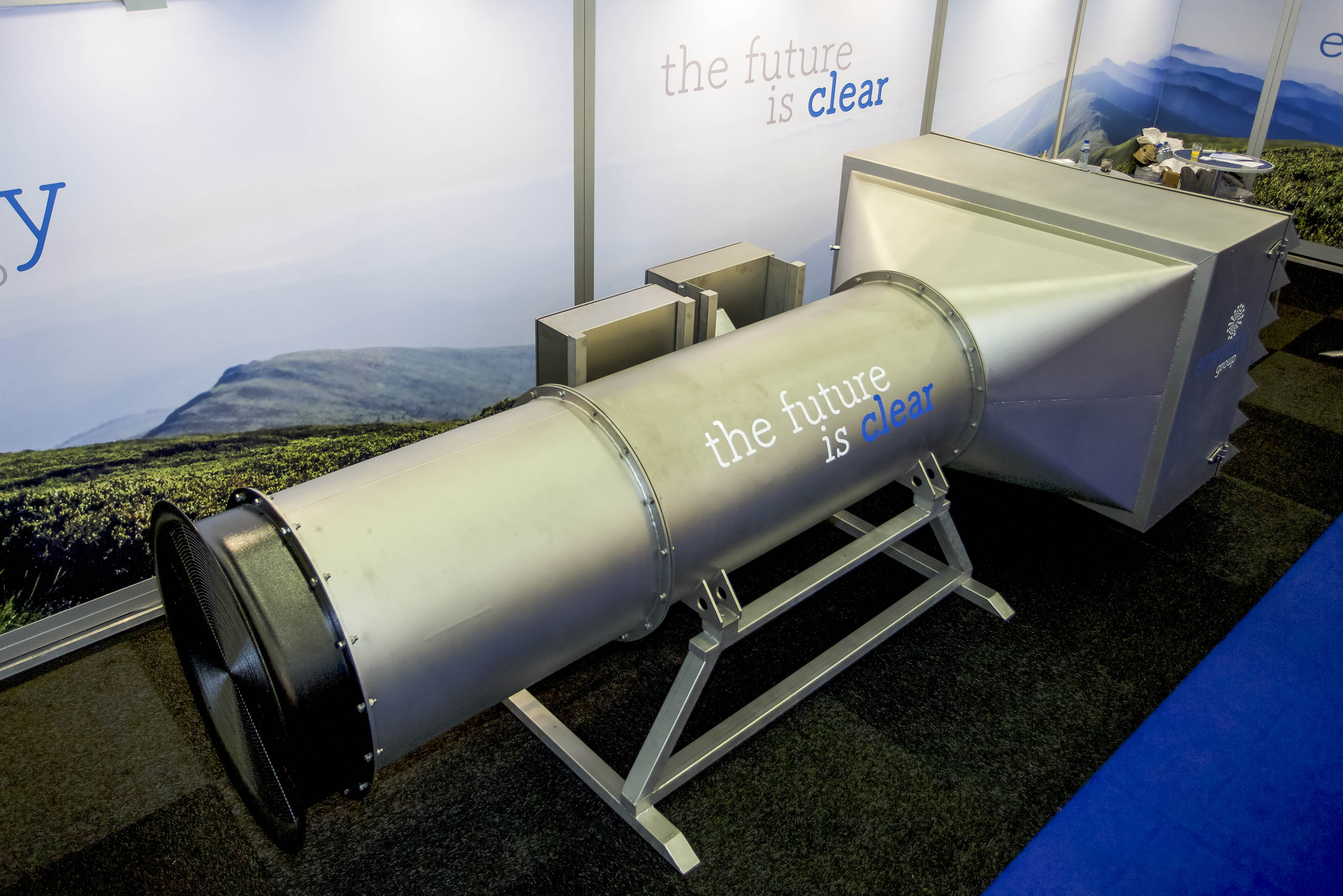 Dutch inventors have unveiled what they say is the world’s first giant outdoor air purifying system which can remove the tiniest toxic particles.

The system, presented at the Offshore Energy trade fair in Amsterdam, is capable of filtering out 95% of the ultra fine particles in the air surrounding it and points the way toward further tightening up European pollution rules, the inventors say.

The filter is about eight metres long and is supposed to be placed on top of buildings where it works like a giant vacuum cleaner.

‘This system removes 100% of the fine particles and 95% of the ultra-fine particles from the ambient air,’ the company says on its website. It bases the claim on test results from the Dutch energy research centre ECN.

‘It might be a cliché, but we hope that we will be able to leave the world a better place than when we found it,’ said Simon van der Burg, one of the joint founders of the Envinity Group, said. The start-up is based in Den Helder.

Fine particles, defined as particles smaller than 10 micrometres, are the result of man-made or natural combustion processes, friction, evaporation or chemical reactions. Various studies have shown that fine particles are associated with an increased risk of respiratory and cardiovascular health problems as well as cancer.