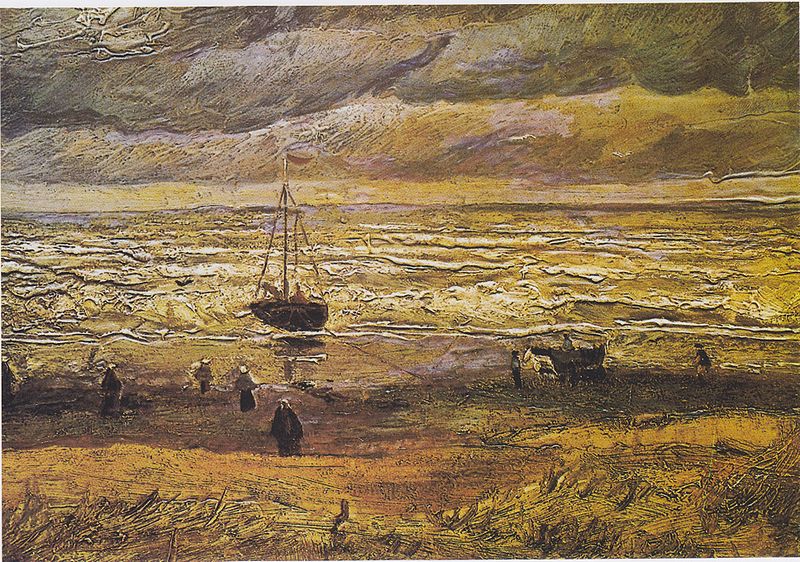 Vincent van Gogh, View of the Sea at Scheveningen, 1882

Two paintings by Van Gogh which were stolen from Amsterdam’s Van Gogh museum 14 years ago have been found in Italy, the museum said on Friday.

View of the Sea at Scheveningen (1882), and Congregation Leaving the Reformed Church in Nuene (1884) were taken from the museum in 2002 when thieves broke in through the roof.

The museum’s conservator has concluded that the paintings are the real thing, the museum said. They are in reasonable condition although both are missing their frames and have some damage.

The paintings were discovered during a long investigation into organised crime being undertaken by the Italian public prosecution department. More details will be made public at a news conference later on Friday.


‘They were stolen so many years ago and you just don’t dare assume they will come back,’ Van Gogh museum director Axel Rüger said in a statement. ‘We don’t know when they will be returned to Amsterdam but I am sure we can count on the support of the Italian authorities.’

The two paintings are of great historical importance, the museum says. The seascape is the only painting in its collection from Van Gogh’s period in The Hague. The painting of the church was made for his mother and shows the church where his father was a pastor.

The paintings were stolen from the museum in 2002 when thieves entered from the roof, using a ladder to get past the security guards and cameras. Even though the alarm went off, the thieves escaped.

Two suspects were arrested in 2004 and later convicted, but the paintings were never found.