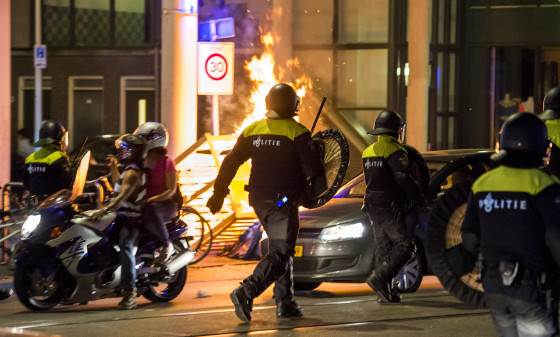 Police used ‘disproportionate’ force against an Aruban tourist who died in a choke hold after being arrested in The Hague, according to an internal report seen by RTL Nieuws.

The death of Mitch Henriquez in June last year sparked several days of rioting in the Schilderswijk district and was heavily criticised by Aruba’s government.

Henriquez, 42, was arrested in the city’s Zuiderpark after allegedly shouting that he was carrying a gun. He was pinned to the ground by five officers before being dragged unconscious into a police van. He died in hospital the next day.

An investigation by two police scientists said the arrest team made a string of errors and failed to folllow procedures in restraining Henriquez, RTL reported. As well as using the choke hold, they used pepper spray at close range and rubbed it in his face, going against rules that state it should only be used from a distance.

After Henriquez lost consciousness the officers lifted and bundled him into a riot van when they should have called an ambulance, the report noted. As a result medical assistance arrived too late to the scene.

Police discovered that Henriquez had no pulse when he arrived at the station, but did not begin resuscitating him for a further five minutes, the report said.

The researchers said the arrest procedure had started too quickly and the commanding officer failed to show leadership. Because he joined in the restraint of Henriquez he was unable to assess his condition.

Justice officials are due to decide on Monday whether or not the five officers should be prosecuted in connection with Henriquez’s death.