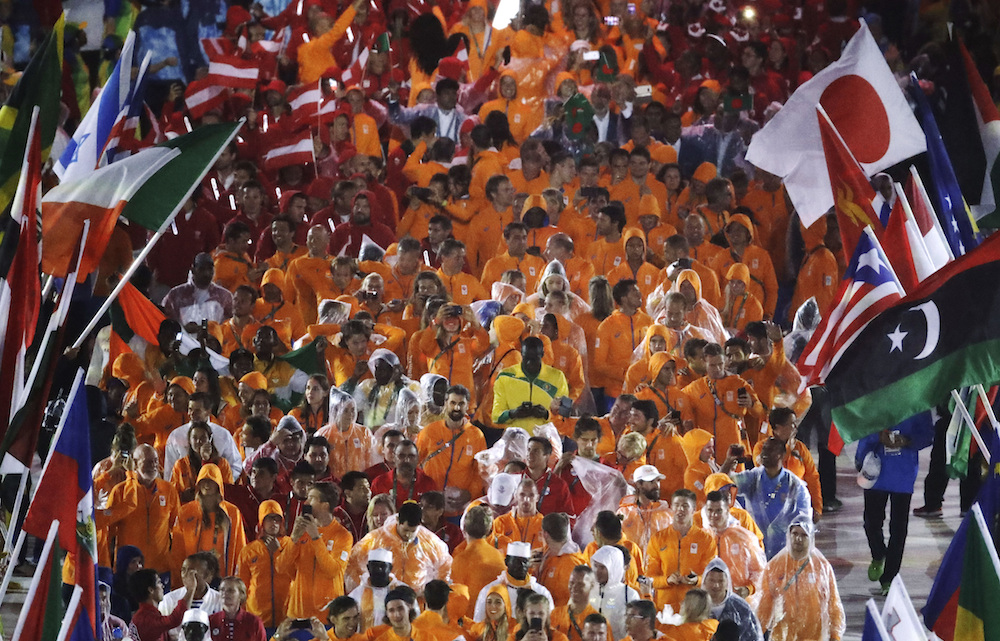 Spot the medalist. TeamNL in the rain during the Olympics closing ceremony. AP Photo/Charlie Riedel

A silver medal for debutant boxer Nouschka Fontijn brought the Dutch medal tally at the Rio Olympics to 19, down one on their London total but up two in terms of golds.

Fontijn, the first Dutch female boxer to take part in the Olympics, lost the middleweight final to Claressa Shields of the US.

Chief of mission Maurits Hendriks told a news conference on Sunday he was disappointed in the number of medals but proud of the ‘golden performances’. He said he was sorry that Dutch athletes came fourth in 10 different events.

Nevertheless, ‘we have maintained our position in the world rankings… Dutch athletes can hold their own across all sports,’ he said.

In particular, there was disappointment that the Dutch indoors swimmers, including defending champion Ranomi Kromowidjojo, went home empty handed. The judo team, which was also expected to do well, won just one bronze.

Hendriks also said his decision to send home gymnast Yuri van Gelder for drinking and breaking team rules was the hardest decision he had to take during the games. Van Gelder showed off the routine he would have used in the rings final at the Lowlands music festival on Sunday.

The Netherlands ended in 11th place in the medals table with eight gold, seven silver and four bronze medals.

Performances by women athletes dominated the Dutch results, with six of the eight golds.

Watch the NOS round up of the winning Dutch performances