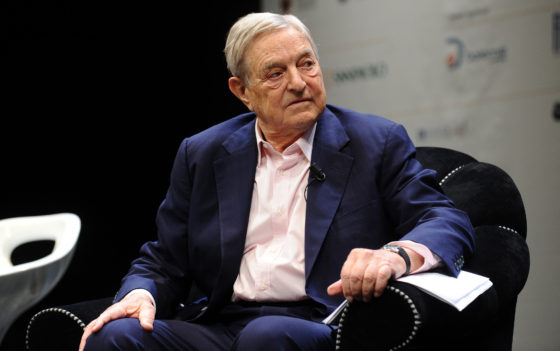 Leaked documents from the Open Society Foundations this weekend show that US billionaire and philanthropist George Soros has donated millions of euros to Dutch good causes.

It is unclear who leaked the documents, but according to Bloomberg, Russian hackers may be behind the breach.

The documents show that between 2009 and 2014, Soros’ foundations donated €4.9m to Dutch groups. These include debating society ProDemos and voting advisory group KiesKompas as well as pro-EU student organisation AEGEE.

The ‘yes’ campaign in the recent referendum on the EU’s treaty with Ukraine was also financially supported by Soros to the tune of €200,000, The Post Online said.

Amnesty International Netherlands was given a donation of $250,000 while the discrimination hotline Meldpunt Discriminatie had almost $50,000. The Anne Frank Foundation and ‘various Muslim organisations in Amsterdam and Rotterdam’ also received Soros cash, broadcaster NOS reported.

In all, Soros’ foundations have donated millions of euros to NGOs.