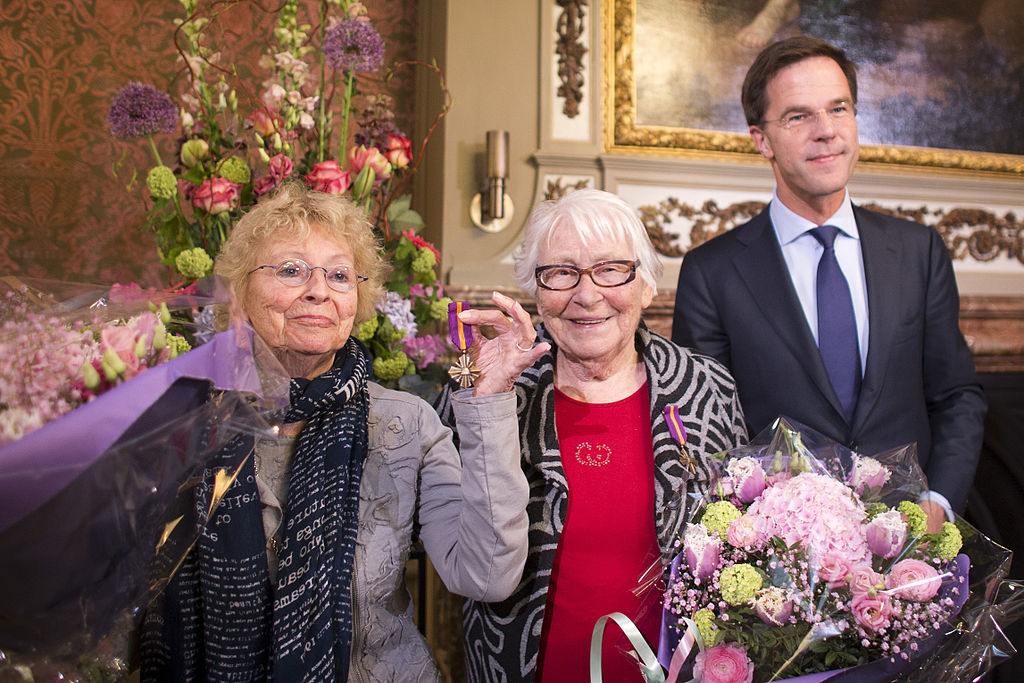 Truus Menger-Oversteegen (centre) with her sister and the prime minister. Photo: Defensie.nl

Dutch resistance heroine Truus Menger-Overstegen, one of two teenage sisters who worked as couriers for the resistance during World War II, has died at the age of 92.

The Oversteegen sisters worked with Hannie Schaft – immortalised in the film The Girl with Red Hair – who was shot by a firing squad in March 1945 at the age of 24.

After the war, Truus became an artist and sculptor. In 1996, Truus set up the national Hannie Schaft foundation to promote the ideals shared by Schaft and the sisters to future generations. Her sister Freddie, who is 90, still sits on the foundation’s board.

Two years ago the sisters were awarded the Mobilisatie-Oorlogskruis (war mobilisation cross) for their work for the resistance.