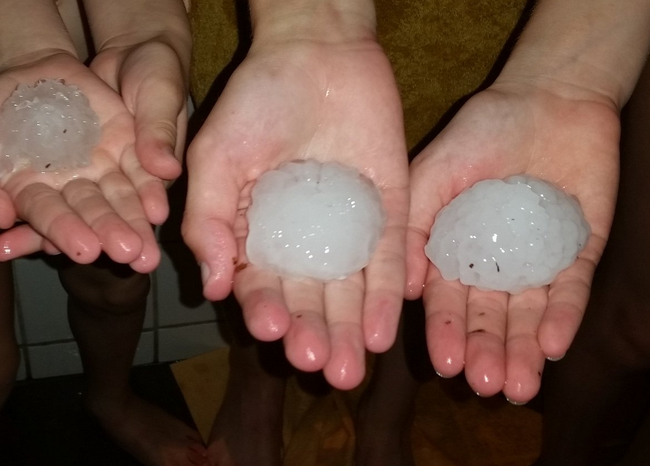 Hailstones the size of tennis balls caused millions of euros worth of damage to cars and other property in the south of the country on Thursday evening.

The giant hailstones hit the area east of Eindhoven running from Helmond to Venray and Venlo after the development of a supercell storm. ‘It was like a war zone in Luyksgestel,’ said one Twitter user.

Such big hailstones are extremely rare in the Netherlands. ‘They were not hailstones, they were balls of ice,’ a spokesman for the Dutch insurers’ organisation told news agency ANP. ‘Cars have been covered with dents and lots of roofs and skylights have been damaged.’

The previous evening, some €20m worth of damage was caused by flash flooding in the Randstad central urban belt.