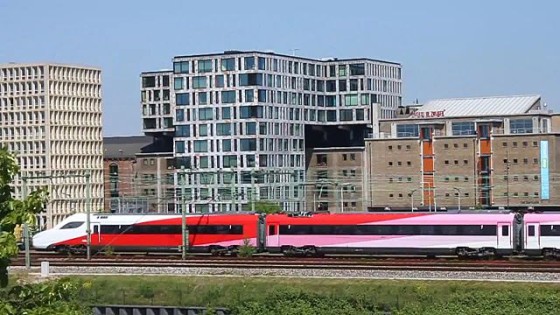 Ministers have ordered Dutch state-owned railway firm NS to improve its services on the high speed track between Amsterdam and Belgium and to cut journey times to Brussels.

In addition, the track operating company ProRail is to come under greater government control, junior infrastructure minister Sharon Dijksma has told MPs. If NS fails to improve its performance, the high speed route may be opened up to other rail companies, Dijksma said.

‘Tough agreements with the NS must generate results and lead to more satisfied travellers,’ Dijksma said. The new targets are the government’s official response to the Fyra rail debacle and resulting parliamentary inquiry last year.

The parliamentary committee looking into the Fyra high-speed train scandal estimated the cost to the Dutch state to some €11bn. Its report last autumn led to the resignation of Dijksma’s predecessor.

Fyra trains were supposed to travel between Amsterdam and Brussels at speeds of up to 250 kph from the end of 2012 but were quickly withdrawn from service after a string of failures.

The new timetable will involve a total of 16 services a day to Brussels but only four of them will take in The Hague, much to the fury of city officials.

In addition trains will continue to travel at 160 kph on the Dutch stretch of track, so the journey time will be 2.5 hours, not two hours.