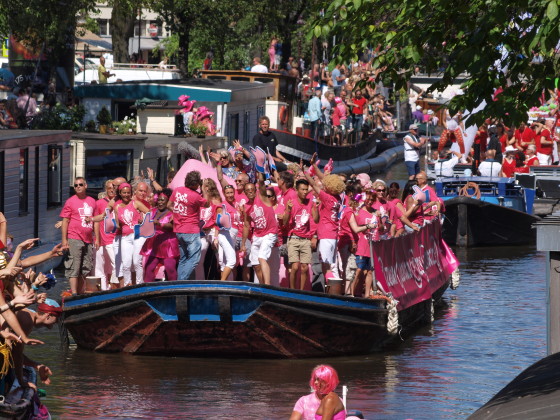 Although 93% of the Dutch population are ‘not negative’ about homosexuality, 32% still consider two men kissing in public to be offensive, according to new research by the government’s socio-cultural think tank SCP.

Almost one in four people finds the sight of two women kissing to be offensive, while 12% find a heterosexual couple kissing in public to be objectionable.

‘In European terms, the Netherlands is one of the best performers,’ said research chief Lisette Kuyper in the Volkskrant. ‘We were positive and we are becoming more so.’ Eastern European countries in particular have more of a problem with homosexuality, partly because of the importance of the church, she said.

Other groups with traditionally more hostile attitudes to homosexuality, such as the elderly and people in the country, are also becoming more tolerant, Kuyper said.

Homosexuality remains a problem for many migrant groups. While 83% of the native Dutch have no objections to gay marriage, just 27% of the Dutch Somali population and 30% of the Dutch Moroccan population think the same.

Nevertheless, the percentage of people with an immigrant background who do not accept homosexuality and would be unhappy if their child was gay has gone down over the past eight years, the SCP figures show.