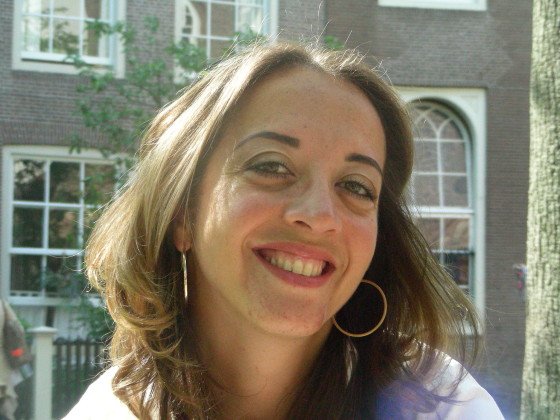 Columnist Ebru Umar, who faces charges in Turkey in connection with sending out two tweets considered to be insulting to Turkish president Recep Tayyip Erdogan, has returned to the Netherlands.

Umar, who was picked up at the end of April, had been ordered not to leave the country but has now been allowed to go.

She was spotted by fellow passengers at Izmir airport on Tuesday evening and was thought to be with her mother and heading for Schiphol, the Telegraaf says.

Foreign minister Bert Koenders said he was delighted she is back. ‘There was a lot of activity behind the scenes and it is great she can now come home,’ the minister told news agency ANP.

It is unclear at this stage what charges Umar faces or if she will have to go back to Turkey to appear in court.

At the beginning of this month, it was said two more complaints have been made about her. One relates to an interview she gave to the Telegraaf, the other focuses on an illustration about her arrest in the Metro freesheet, for which she writes.

Umar told Metro later on Wednesday she had been suprised that she was allowed to leave. ‘It went very quickly,’ she said. ‘I was phoned by the ambassador at 6pm who told me to listen carefully and that I would soon be getting into a Transavia plane heading for the Netherlands.’

Umar said she has no intention of returning to Turkey.