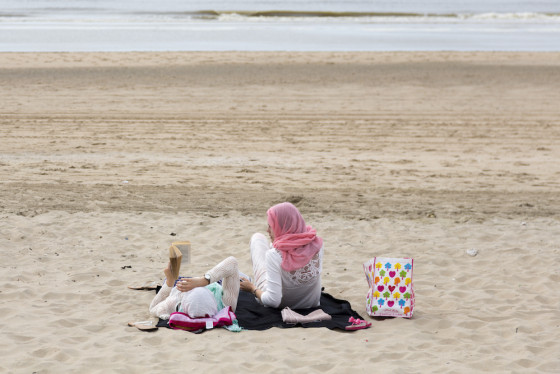 The amount of violence and threats made against Muslims in the Netherlands is far higher than official figures would indicate, according to a new report published on Wednesday.

The research was carried out by the Spior foundation which counts over 60 Muslim organisations in Rotterdam and its surrounding towns among its supporters. In total, the organisation received 231 reports of discrimination and violence in 2015 and the first three months of 2016.

The figures would indicate that discrimination is more widespread than thought. For example, the Radar anti-discrimination platform received reports of 240 anti-islamic incidents throughout the entire country last year, of which just 44 were made in the Rotterdam region. Rotterdam police received just 41 reports over the same period.

‘The [Spior] research is not meant to be a representative sample,’ said professor Han Entzinger, who supervised the project. ‘We thought it important that people who would not normally report discrimination were encouraged to do so.’

In total 174 reports had enough supporting evidence to be verified. Half of them covered verbal abuse in the street, often directed at women wearing headscarves. One in five covered discrimination at work or in education and 14% actual physical violence.

Spior director Marianne Vorthoren said the report is not about religious criticism. ‘It is about protecting people from discrimination and exclusion,’ she said in a statement. ‘Everyone in our society has the right to protection, whatever their social or religious background.’

Four in 10 of the incidents took place in a shop or public space. Seven in 10 of the reports were made to Spior by women and in six out of 10 cases, the perpetrator was male.

The survey also looked at the experiences of 28 Muslim organisations and institutions in the region. Of them, 60% said they were confronted with incidents such as vandalism and threats every quarter.

Rotterdam’s mayor Ahmed Aboutaleb said in a reaction that racism and discrimination are like concrete rot. ‘You don’t notice it until the balcony falls off and that is extremely dangerous,’ he said.

‘The debate about the role of Muslims and Islam in relation to terrorism has become a licence to swear and make discriminatory comments,’ he said. ‘No incidents a year is the only acceptable result.’