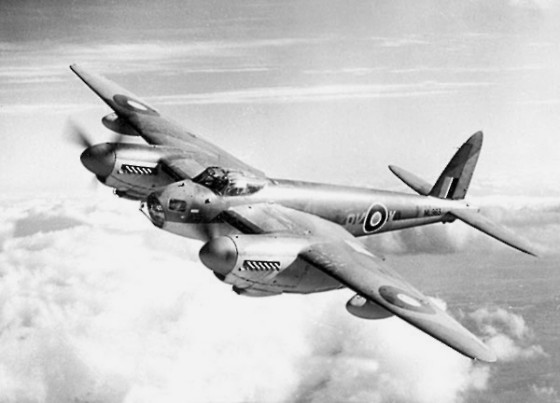 The bodies of some 1,085 airman missing in action during World War II are likely to be in the Netherlands, according to research by broadcaster Nos and air war experts.

There are 501 crash locations in the Netherlands which have never been investigated, the broadcaster said on Sunday. Of the missing crew members, some 600 are British, 228 American and 247 German.

Many of the missing airman are believed to have crashed in the Wadden Sea or IJsselmeer lake and their aircraft have never been located.

But dozens of planes are thought to have hit the ground in the Netherlands itself, and have been buried under the earth. Fully-loaded planes can go metres under ground if they hit at full speed, the Nos said.

Relatives of missing airmen regularly make an effort to find their family members but not all Dutch local authorities are willing to cooperate. Almere, Sudwest Fryslan and Echt-Susteren are among the councils which have refused help to relatives trying to find the bodies of their loved ones, Nos said.

Digging up a plane can cost a council €500,000 on land but is more expensive when water is involved.

In addition, the crash sites may not contain any bodies because the crew either bailed out or were torn apart in the explosion, Nos said.

There are dozens of graves in Dutch cemeteries containing the bodies of unnamed service men.

During World War II, some 5,000 planes crashed in the Netherlands, most of which were manned by British servicemen on their way to Germany. But hundreds of German aircraft were also brought down over Dutch soil.